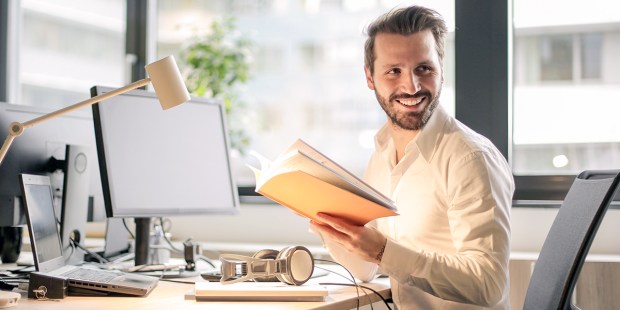 Based on your age, and the number of hours on the job, you may be working too much.

Work-life balance is always just that: a question of balance. And there’s no question that most of us feel that the balance is heavily weighted toward work, with not enough time for … well, living.

But this balance is especially tough for workers over 40, as a 2016 study by the Melbourne Institute confirmed.

A team of Australian and Japanese researchers looked more closely at 3,000 men and 3,500 women over 40 in Australia to see how a longer or shorter work week impacted their cognitive function.

It turned out that for both men and women, a 25-hour work week led to top cognitive performance. Working more than 55 hours per week had the worst impact, as stress unravels our ability to think and solve problems effectively.

On the other hand, being completely unemployed was almost as bad as working too much. We need some brain stimulation to stay sharp, and unemployment also brings its own unique stresses.

In an ideal world, workers over 40 could gradually taper down their hours, either by working fewer hours each day or by taking an entire day off and enjoying a four-day work week and a three-day weekend.

But in the real world, we need our medical benefits, which are often tied to a full-time schedule. Unless we’re freelancers or self-employed with sufficient income to scale back at will, most of us are stuck with a 40-hour-plus work week.

And if we live in the United States, we’re almost guaranteed to be among the world’s most maxed-out workers. In the US, close to 86 percent of men and almost 67 percent of women work more than 40 hours per week. We get the fewest paid holidays and the least paid vacation time of any workers in the developed world, according to the Center for Economic and Policy Research. And let’s not even talk about maternity leave.

Two companies that take care of their employees

But there are bright spots of hope on the horizon. Some companies have taken a fresh approach – not unlike Henry Ford’s revolutionary decision to cut his employees’ work day from nine to eight hours while doubling their pay.

Today’s Henry Ford is Yvon Chouinard, the founder of Patagonia. Every other weekend is a three-day weekend so employees can get outside and enjoy nature. Chouinard, who also authored Let My People Go Surfing: The Education of a Reluctant Businessman, gives his employees the freedom to set their own hours and discourages working overtime. In fact, the headquarters building is locked at 8 p.m. and on weekends.

It’s not a 25-hour work week, but it is a reduced burden that helps employees recharge.

And Patagonia is not the only one. There’s also Zillow.

Although it’s rooted in the famously overworked Silicon Valley tech industry, Zillow encourages employees to leave the office at 5 p.m. – or earlier, if they wish.

Zillow puts no cap on vacation time, and after six years, employees can request a six-week sabbatical to use as they wish. The company values production over face time, so employees don’t have to put in long hours at the office to be seen as top contributors; their work speaks for them, and remote work is allowed.

The profitability of Patagonia and Zillow show that companies can take care of employees without damaging the bottom line.

Patagonia sales reached 750 million in 2016, and its founder is a billionaire. Zillow went public in 2011 and generates over 1 billion in annual revenue.

Both companies are flourishing … and so are their employees. What would it take for other companies to follow suit?

Read more:
How to know if you’re a workaholic