Pop in at a shrine on your summer holiday — Part 3: Western USA and Texas

The National Shrine of Our Lady of Good Help | Facebook

From the only Marian apparition in the USA down to the mission churches founded by St. Junipero Serra ...

In Part III of our Catholic shrines in the USA series, we begin in Wisconsin. Starting at the site of the only Marian apparition in America validated by the Church, we begin in Champion, in the Diocese of Green Bay.

From there we head west to Minnesota and then turn south to Texas and then west to California and north to Oregon. 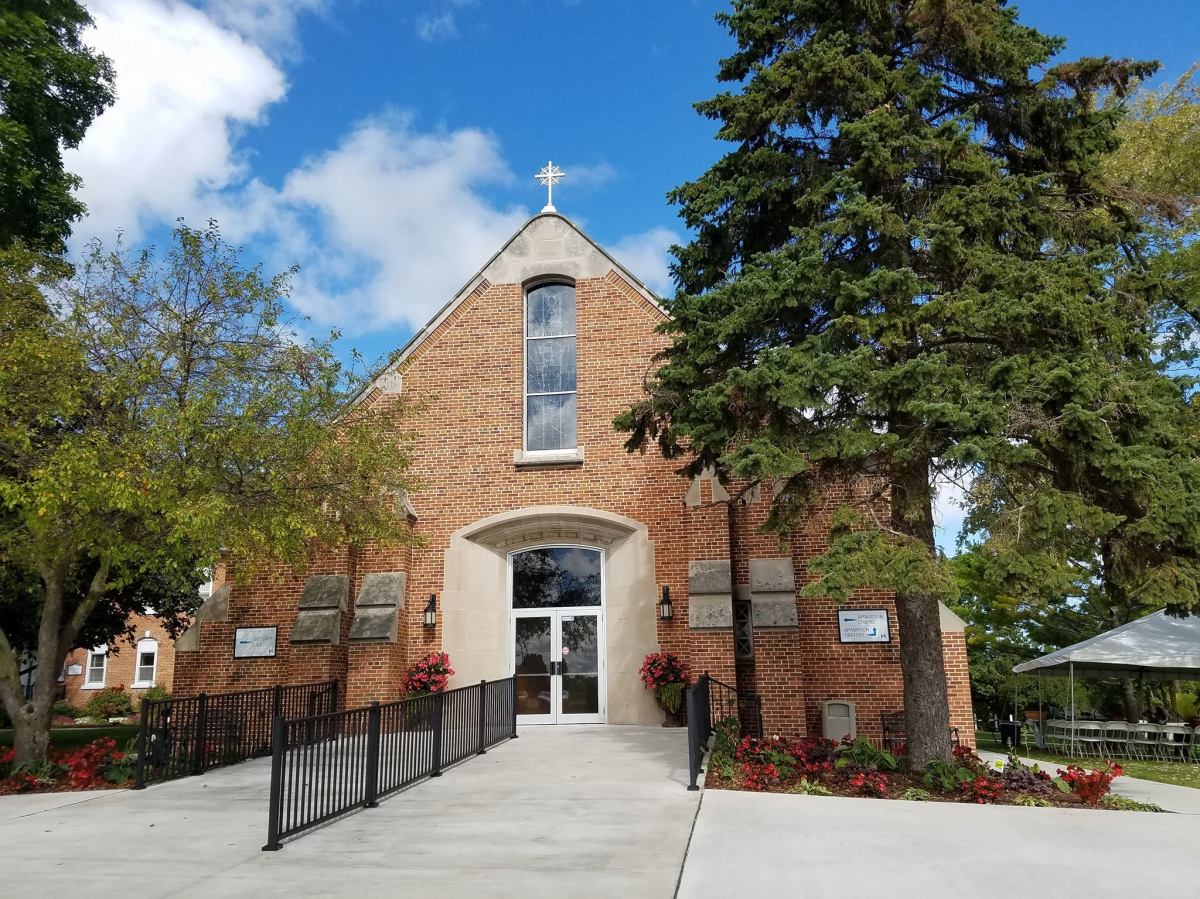 The Shrine of Our Lady of Good Help  On October 8, 1859, the Blessed Virgin appeared to Adele Brise and asked her to teach the children their catechism. Adele’s dad built a chapel on site and Adele began to teach. In 1871 the great Peshtigo Forest Fire spread across the area, burning more than 1.2 million acres. More than 2,500 people died that night. Miraculously, everyone and everything within the five-acre site of the chapel was never touched by the flames.

The House of Mary Shrine  Ed and Jean English purchased property in 1957. They prayed to Our Lady for guidance in using the property in a manner pleasing to God. A chaplain from nearby Mount Mary College stopped by, and they asked him what he thought. He suggested they use some of the lands as “an edifice to God.” Today the Shrine is considered an oasis for prayer. It is a place of peace and serenity for all who visit.

Cathedral of Our Lady of Walsingham Catholic Church and Shrine  of the Personal Ordinariate of the Chair of St. Peter

Established in 1984 under the Pastoral Provision of St. John Paul II, this is the first Catholic parish in the United States dedicated under the title of Our Lady of Walsingham. Now the See for the Personal Ordinariate of the Chair of St. Peter, this is the headquarters for the US and Canada.

The Order of the Mass celebrated here, while maintaining some elements traditionally Anglican in character, is clearly recognizable as a form of the Roman Rite.

The Personal Ordinariate of the Chair of St. Peter was established on January 1, 2012, by Pope Benedict XVI, guaranteeing a permanent place for the Anglican Patrimony within the Catholic Church.

Basilica of the National Shrine of the Little Flower The cornerstone was laid on October 15, 1929, and the church was given the title of “minor Basilica”. Having the designation of minor Basilica means that the ecclesiastical throne at the cathedral is a “papal throne” and is only used by church hierarchy such as cardinals, archbishops and bishops.

Our Lady of Lourdes Grotto   The Oblates of Mary Immaculate created this grotto, dedicated on December 7, 1941, to honor of Our Lady of Lourdes. It is an almost perfect replica of the original grotto located in Lourdes, France.

The Shrine of Our Lady of Esquipulas   El Santuario de ChimayoKnown as the “Lourdes of America,” the shrine began when a farmer, in 1810, unearthed a cross that belonged to a priest martyred on the spot many years earlier. The farmer built a small chapel, and in 1816 the cross was placed on the altar. However, similar to the miraculous waters at Lourdes, the dirt from the pit from where the cross was found is said to have brought about many miraculous cures. Many pilgrims come here for this special “dirt,” and the chapel is lined with cast-off crutches and braces.

Our Lady of the Sierras Shrine  The shrine was opened in 1998 and is 5,300 feet up on the side of a mountain. A 75-foot-high cross is a focal point and next to it is a 30-foot statue of the Blessed Virgin. The small chapel maintains the ongoing presence of Our Lord in the Blessed Sacrament. Mass is celebrated two Sundays a month.

Shrine of St. Joseph of the Mountains  This is an open-air mountainside shrine with statues depicting the Last Supper, the Way of the Cross, and the Risen Christ. It promotes St. Joseph as the foster father of Jesus and head of the Holy Family.

Shrine of Our Lady of Sorrows  The first Mass in Colusa County was offered here in 1856. In 1864 the first Catholic mission was held, and a large wooden cross was erected to commemorate the occasion. In 1883 Father Michael Wallrath secured a deed for the land and built a small shrine from handmade bricks. The Knights of Columbus erected the present cross replacing the one erected in 1864.

National Sanctuary of Our Sorrowful Mother-The Grotto  Servite Father Ambrose Mayer OSM founded this shrine in thanksgiving to God for answering his prayers offered for his mother. She was close to death after childbirth and the future Father Mayer, who was a boy at the time, promised to do something “great” for God if his mom lived. The Grotto covers 62 acres of shrines, gardens, pathways, and ponds. Father Mayer surely kept his promise.