6 Sins against the Holy Spirit 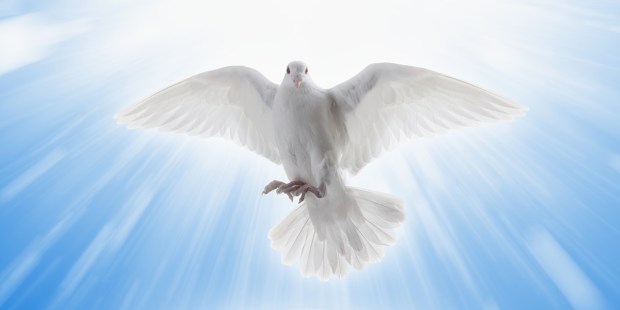 These missteps are really 6 weeds from the same root: a rejection of God’s goodness.

This frightening exhortation refers to the sin of rejecting God’s grace; it is a rejection of God’s offer of salvation—complete rejection of the actions, incessant invitations, and warnings of the Holy Spirit.

The will of a person who could commit this sin is so hardened that he doesn’t want God’s mercy, and he rejects His goodness.

Sin against the Holy Spirit is thus “unforgivable” precisely because it is the sinner himself who keeps God from forgiving him. As God respects the freedom with which He created us, He also respects a sinner’s decision to firmly refuse to be forgiven.

Pope Saint Pius X taught in his Catechism that there are six elements of this sin against the Holy Spirit:

1. Despairing of salvation. This is when a person loses hope of salvation, judging that his eternal life is already lost and that he is condemned, even before Judgment. It means judging divine mercy as being small. It means not believing in God’s justice and power.

2. Presumption of salvation is when a person cultivates in his soul an idea of his own perfection, which implies a feeling of pride. He believes his salvation has been guaranteed by what he has done.

3. Denying a truth recognized as such by the Magisterium of the Church. When a person doesn’t accept the truths (dogmas) of the faith, even after an exhaustive doctrinal explanation, it is the sin of heresy. He considers his personal understanding to be greater than that of the Church and the teaching of the Holy Spirit that assists the holy Magisterium.

4. Envying the grace that God gives to other people. Envy is a sentiment of discontent because someone else obtained something good, even if you yourself already possess it or could obtain it some day. It’s the act of not wanting what is good for your neighbor. With this sin, I make myself the judge of the world. I’m revolting against the Divine Will. I’m rebelling against the law of love for one’s neighbor.

5. Obstinacy in sin is the firm will to continue in error even after receiving the light and help of the Holy Spirit. This is when a person creates his own criteria for ethical judgment, or simply doesn’t adopt any ethics at all, and in this way separates himself from God’s will and rejects salvation.

6. Final impenitence is the result of an entire life of rejecting God. This is when a person persists in error until the very end. It’s the equivalent of consecrating oneself to Christ’s adversary. Even at the hour of death, such a person refuses to approach the Father with humility. He doesn’t open himself to the Holy Spirit’s invitation.