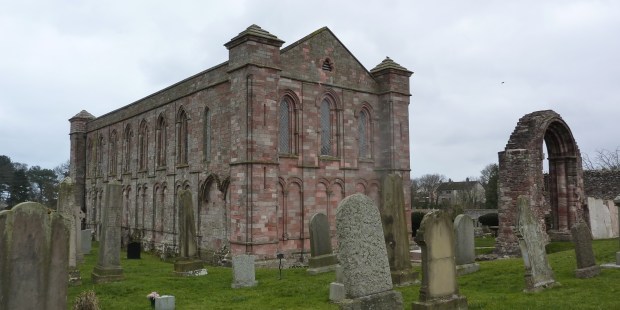 The sister monastery of the famous Lindisfarne, lying somewhere beneath the earth just north of the border between England and Scotland, is about to get much better known. Starting this month, a group of citizen archaeologists are sifting through centuries of soil to find the old abbey, founded by the sister of Oswald, the 7th-century king of Northumbria.

DigVentures, the same organization that brought volunteers to Lindisfarne several years ago, is leading a team to make a similar find in Coldingham. Its location has eluded archaeologists for decades, according to Medievalists.net, but now a team armed with new evidence is asking for help from the public to reignite the search.

Once part of the Kingdom of Northumbria but now separated by the border, both monasteries were influential in the spread of Christianity, Medievalists said. Coldingham was founded b y Princess Æbbe, the influential sister of Oswald. But it burned down soon after she died. Rebuilt after some time, it continued to thrive until 870 when it was destroyed by a Viking attack. Lindisfarne too, was attacked by Vikings.

“Although previous attempts to locate the remains of the original monastery based on historical sources have come up largely empty handed, we’re working with a new set of geophysics results that have revealed a number of possible Anglo-Saxon structures at a slightly different location. Now, we just need to excavate and see if it’s really there,” said archaeologist Brendon Wilkins of DigVentures, which solicits volunteer diggers.

As for Lindisfarne, famous for its illustrated Gospels, the dig continues.

“Over the last two years, hundreds of crowdfunders have helped us find some tantalizing evidence, including several early Christian burials, Anglo-Saxon sculptures and monumental buildings very similar to those at other important early medieval monastic sites like Hartlepool,” DigVentures says. “It’s clear that we’ve now located a significant part of this missing monastery, but there’s plenty left to find.”