Sandra Bullock speaks movingly about being an adoptive mother 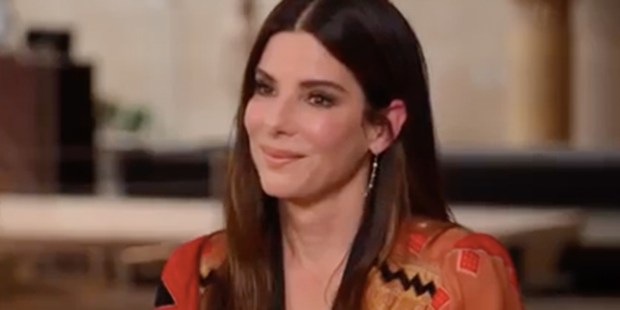 The award-winning actress reminds us of a recent call by Catholic leaders to do more for children who need loving homes.

In a recent interview with Hoda Kotb, Oscar-winning actress Sandra Bullock, who stars in the upcoming film Ocean’s 8 (to be released this month), grew teary-eyed as she discussed becoming a mother by adoption. Bullock’s two children, Louis and Lailia, were adopted in 2010 and 2012 respectively.

“There are hundreds of thousands of children that are ready to be your child,” she urged. “You’re a forever parent the minute you accept the love of that child.”

Bullock’s interview has come in the wake of a powerful call to action from Catholic leaders, urging the pro-life community to be proactive in aiding children in foster care. At a recent May 24 even in Washington, DC, called “Fostering A Culture of Hope,” Archbishop Joseph Naumann said:

“Foster care and adoption is another way that God is calling couples to be open to life, and not just infertile couples, but couples that have biological children who can welcome another child into their family.”

The problems in the current foster system have become all the more urgent due to the opioid crisis. The recent epidemic has caused a 383 percent increase between 2000 and 2012 in the number of babies born with neonatal abstinence syndrome, a type of withdrawal experienced by newborns due to their mother’s drug use.

At the same DC event, Carmel Communications president Lisa Ann Wheeler said, “I want the pro-life community to acknowledge more what is going on with the foster care crisis in this country. I feel very strongly that in a lot of ways it is connected to our desire to eradicate abortion.”

“It is key to our identity,” said Kathryn Jean Lopez, host of the event. “We are adopted daughters and sons of the Father, and we shouldn’t have orphans in our midst.”

Read more:
A mom’s emotional message to the newborn son she relinquished for adoption (VIDEO)