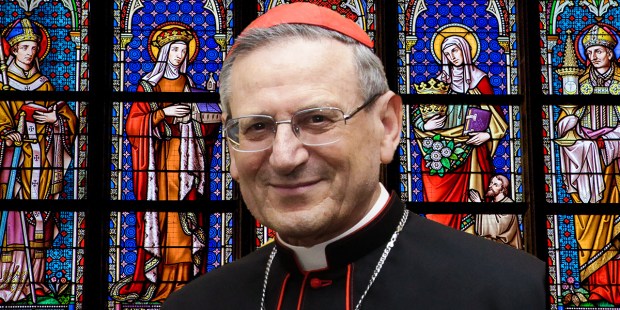 Happy birthday Cardinal Amato! He has reached the Church’s retirement age of 80, and will retire after nearly 10 years leading the Saints’ Congregation

Cardinal Angelo Amato, prefect of the Congregation for Saints’ Causes, turns 80 today. Consequently, he is no longer a cardinal-elector, and will have to leave his post at the Curia. During his nearly 10 years at the head of the dicastery, he oversaw more than 900 canonizations and 1,200 beatifications, according to Catholic News Service.

Called in 2008 by Pope Benedict XVI to head the Congregation which compiles the dossiers for beatifications and canonizations, Cardinal Amato was later confirmed in his post by Pope Francis in 2013.

Over 10 years, the Italian cardinal worked on the canonization of 913 people, including John Paul II (1978-2005), Mother Teresa of Calcutta (1910-1997), and the little visionaries of Fatima, Francisco and Jacinta Marto, canonized by Pope Francis in Fatima in May of 2017. Also included in this number are the 813 martyrs of Otranto, killed by the Turks at the end of the 15th century for refusing to convert to Islam.

Thanks to the cardinal’s work, there are also 1,233 more blesseds.

Already a consultant to several dicasteries, Bishop Amato returned to the service of the Curia in 2002, when Pope John Paul II appointed him secretary of the Congregation for the Doctrine of the Faith, alongside Cardinal-Prefect Joseph Ratzinger. When the latter became Benedict XVI, he placed Amato in charge of the dicastery of Saints’ Causes in 2008, and raised him to the cardinalate in 2010.

To replace him, Pope Francis has appointed Archbishop Angelo Becciu, Substitute for General Affairs of the Secretariat of State. He will be created cardinal by the pontiff at the next consitory of June 28, alongside 13 other new cardinals.

Having reached the age of 80, Cardinal Amato is no longer a cardinal elector in the event of a conclave.

The upcoming consistory will be held at 4 pm at St. Peter’s Basilica, the Holy See said on June 8. Pope Francis will give the new cardinals their red birettas, their rings and the assignment of the cardinal’s title—which binds each bishop to the Roman clergy through a diaconal position or a parish.

After having been created cardinals, the new prelates will receive the faithful for courtesy visits from 6 to 8 pm.

Find a saint for every cause and every personality at Aleteia’s “Saints” page, here.

And do you know how many saints and blesseds are tied to the United States? Take a look here.