The suicide epidemic and a message for a hopeless world 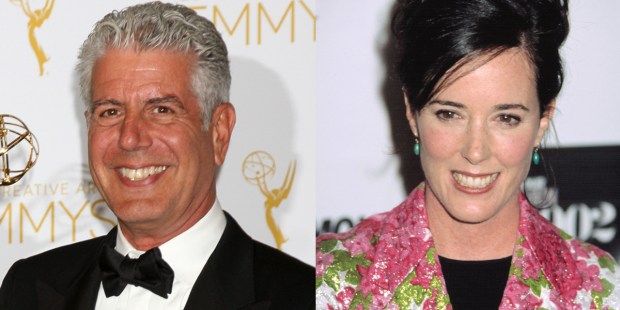 The Church has a unique spiritual response to our desperation: “It is good that you exist.”

Right on the heels of the apparent suicide of fashion designer Kate Spade, America woke up Friday morning to the news of yet another suicide: CNN’s Anthony Bourdain. They join a growing list of celebrities who have taken their own lives in recent years, including three talented musicians: Avicii, Chris Cornell of Soundgarden, and Chester Bennington of Linkin Park.

Right between the news of Kate Spade and Anthony Bourdain came a CDC report that suicide rates increased by 25 percent across the United States from 1999 through 2016. The rates increased in nearly every state, and half of the states saw suicide rates go up more than 30 percent. In total, almost 45,000 lives were lost to suicide in 2016. It’s among our leading causes of death.

Why is this happening? The CDC notes that while suicide is often attributed to mental health, more than half of people who died by suicide did not have a known mental health condition. Suicide, the CDC concluded, is rarely caused by a “single factor,” but contributing causes may include relationship problems; recent or upcoming crises; health, financial, housing, and legal problems; and substance abuse. (Three years ago, I wrote about the sad reason Anthony Bourdain visited my hometown: the heroin epidemic which is claiming so many other lives.)

And I can’t help but think that the story goes even deeper. Nietzsche once said the human heart is a “labyrinth” forever hidden to the world outside—the world that operates according to government action, news reports, and public opinion. There are icebergs of the soul hidden even from friends, family members—maybe even ourselves. Maybe, in the end, the only one who knows all the causes of any one person’s tragic suicide is God himself.

While the causes may not be ours to know, we can hear the same cry echoing out across the country: my life is not worth living. A recent song by Logic and Alessia Cara, “1-800-273-8255” (titled after the Suicide Prevention Lifeline number) speaks movingly of the state in which many people on the brink of suicide find themselves. “I don’t want to be alive,” Logic sings with heartbreaking desperation. “I don’t want to be alive. I just want to die today. I just want to die…They say every life’s precious, but nobody cares about mine.” How many people have spoken these words from the depths of their being? How many have then spoken them out loud? And how many, never hearing anything to the contrary, have acted on them?

These cries call out for our collective resources promoting physical, mental, and social health. But the Church also has and must deliver a unique spiritual response to those cries, one that Benedict XVI delivered beautifully in 2011: “It is good that you exist.” Whatever happens with you or to you, you are a beloved child of God, and it is good that you exist. Your life’s worth is not measured by your productivity, social status, career path, bank account, love life, friendships, health, beauty, happiness, wit, or talent. It’s not a function of how the world or other people look at you. Your worth is measured by the sign of God’s infinite love for you: your being. Creation is not a distant event 14 billion years ago, but something that is happening right here and now. God didn’t create you; God is creating you, because he desires you, accepts you, and loves you. And even if every last person in the whole crazy world tells you otherwise, your life remains incredibly precious and important, because God has a job for you that only you can do.

Everyone you meet is fighting a great battle; some, veritable wars. But both celebrities and workaday people are increasingly battered, bleeding, and—whether cumulatively or suddenly upon waking one morning—hopeless. More and more people are feeling like they’ve lost their fight.

But the Church remains a field hospital. Its doors opened two thousand years ago, and they’re still open today. And above its doors is a message of hope, even and especially to the hopeless: It is good for you to be here.