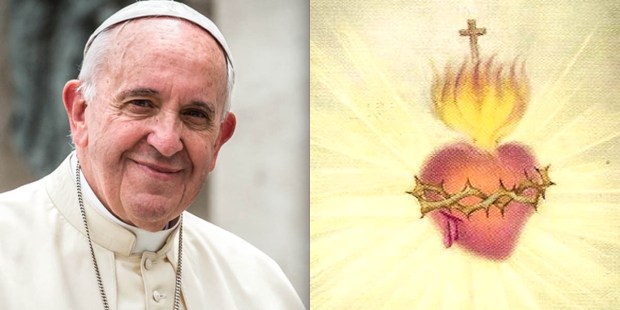 After almost 175 years, the spirituality of the Pope’s Worldwide Prayer Network remains rooted in Jesus’ Heart.

On December 3, 1844, Father Gautrelet, SJ, held a meeting with his students to express dissatisfaction with an attitude he thought was harmful. In their eyes sailing off to a faraway country to preach the Gospel was far superior to studying theology.

He proceeded to teach them how they could be a missionary through their everyday lives. He said, “Be missionaries already through your prayer, by the offering of your daily life. Your mission is here and now, in your studies and the little things of every day. In fulfilling it through being open to the will of God, you are already apostles who are helping the entire Church.”

Gautrelet’s students were enflamed with zeal for this new mission. It gave them a renewed passion for life and helped place their theological studies in a greater context. Instead of physically going out on mission, they began each day with a missionary heart, praying a Morning Offering prayer that united them to the entire Church.

Thus was born the Pope’s Worldwide Prayer Network (Apostleship of Prayer), an international organization of the Church that was recently confirmed as a work of the Holy See. Throughout its history the Apostleship of Prayer has been a strong promoter of devotion to the Heart of Jesus, tied to a compassionate view of the world, praying for the challenges facing humanity that the Holy Father presents each month.

As Pope John Paul II said about the organization, it is a “a precious treasure from the pope’s heart and the Heart of Christ.”

Over the past several years the Pope’s Worldwide Prayer Network has been in a state of renewal, revisiting its foundation and forging ahead to encounter the challenges of today’s world. Yet, it remains always rooted in the Heart of Jesus, as the renewal documents explain, members of the Pope’s Worldwide Prayer Network are led on a “spiritual pathway inspired [by] the symbol of the heart – the human heart and the Heart of Jesus – that in unison wish to respond to the needs of today’s people. [It is] a network of hearts that pray with the pope for the mission of the Church all around the world …We [are] apostles invited to collaborate with [the Heart of Jesus], available to his mission of compassion on behalf of our brothers and sisters … The call to the mission is the fire that makes us apostles sent from the heart of the Father to the heart of the world.”

Its spirituality also includes a pathway called the “Way of the Heart.” In nine steps this pathway leads a member to identify with the mind, heart and concerns of Jesus. Each step speaks of God’s unlimited love for each one of us and for all humanity.

St. Therese of Lisieux was a member of the Apostleship of Prayer when she was a young girl, and it fostered her desire to be a missionary of prayer, offering her life for all those in the world who need the grace of God.

The Pope’s Worldwide Prayer Network addresses the challenges facing humanity and assists the mission of the Church by praying and working to meet the challenges of the world identified by the pope. All of this remains animated by a deep love of Jesus and his most precious Heart.

Read more:
“Click To Pray” app aims to unite the world in prayer

Read more:
5 Saints who were devoted to the Sacred Heart of Jesus