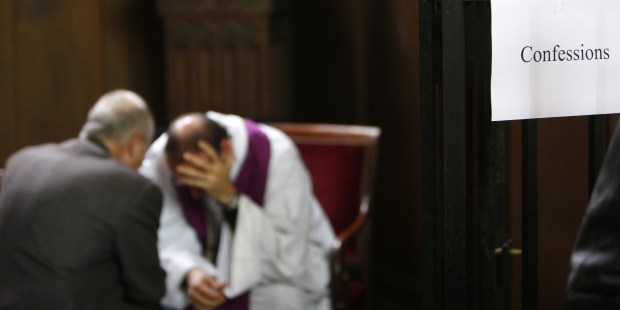 Archbishop expresses his shock, “given the democratic country we live in”

The Australian Capital Territory (ACT) on Friday expanded a law that mandates the reporting of child abuse and other crimes — a move that would be welcomed by Church leaders except for the fact that the legislation could attempt to force priests to break the seal of confession.

The law was passed by the ACT Legislative Assembly June 7, although three Liberal MPs, Andrew Wall, Elizabeth Kikkert, and Vicki Dunne, expressed concerns that the clause on confession was a step too far.

Writing in the Canberra Times prior to the vote, Archbishop Christopher Prowse said he supported the “government’s reportable conduct scheme” and in fact, “When the government scheme to report all child abuse allegations to the ACT Ombudsman did not include parishes and communities of faith, I called for that anomaly to be rectified and strengthened.”

“But I cannot support the government’s plan to break the seal on religious confession,” he wrote.

After the vote, he expressed his shock that the legislators had gone so far.

The new law will go into effect July 1, but the provision relating to the confessional won’t apply until March 31, 2019, with the intent to give Church leaders and government authorities opportunity to work on the law.

If no solution is found, the ACT will become the country’s only jurisdiction where priests can be convicted for maintaining the seal of confession.

The change is an expansion of the Australian Capital Territory (ACT) current reportable conduct scheme to include religious organizations’ “activities, facilities, programs or services” to report allegations, offences, or convictions related to children to the ACT Ombudsman.

“I’m extremely disappointed that [the bill] was augmented to include intervention into the sacrament of confession without any consultation with the archdiocese,” Archbishop Prowse said. “To have the Church’s sacramental life intruded upon is quite extraordinary given the democratic country we live in.

“I’m quite in shock about that.

“The way we are moving is towards a fundamental infringement on basic human rights of religious expression and freedom.”

In his post for the Canberra Times, Archbishop Prowse had noted that beyond the problem of breaching religious freedom, the law is illogical. He spelled out three points in addition to priests being bound by the seal of confession:

First, what sexual abuser would confess to a priest if they thought they would be reported?

Fourth, priests are bound by a sacred vow to maintain the seal of the confession. Without that vow, who would be willing to unburden themselves of their sins, seek the wise counsel of a priest and receive the merciful forgiveness of God?

Read more:
Australian priest excommunicated for breaching the Seal of the Confessional