50,000 Christians imprisoned in North Korea could be hot topic in Trump-Kim meeting 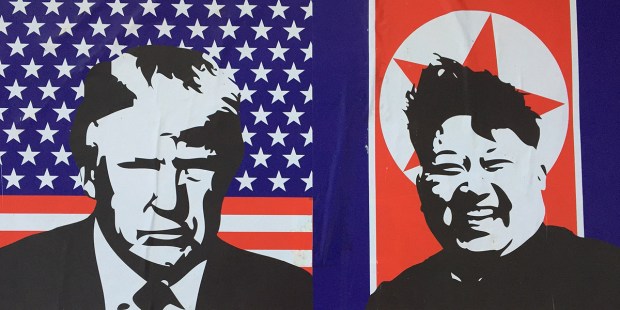 Donald Trump and Kim Jong Un’s historic meeting on June 12 raises the possibility of ending a 70-year period of high tension between the United States and North Korea, which only recently seemed to place the two countries on brink of a nuclear war.

While the official North Korean press agency has reported that Kim is prepared to talk about “denuclearization,” the repressive treatment of Christians under the communist regime could come into focus during negotiations in which the North Korean dictator may be looking for a relaxation of sanctions placed on his regime.

Open Doors, a religious freedom watchdog organization, ranks North Korea first among 50 countries for the worst persecution of Christians, a position it has held for 16 straight years. According to Open Doors, an estimated 50,000 Christians are currently being held in prison and hard labor camps under what they call “Auschwitz-like conditions.”

A report released late last year by the International Bar Association War Crimes Committee detailed those atrocities, which one of the committee’s members, Thomas Buergenthal, a survivor of Auschwitz, said were “as terrible or even worse” that the Nazi concentration camps he lived through.

In the report, North Korean defectors told of prison guards feeding a prisoner’s newborn baby to dogs, the execution of starving prisoners caught digging plants to eat, rape, and forced abortions of prisoners, including via the injection of motor oil into women’s wombs.

For religious freedom advocates, the meeting represents an opportunity to ease the repression of these Christians and others imprisoned for their political and religious views.

“We must push forward to negotiate with North Korea to release all political dissidents being held across their prison system,” said Open Doors CEO David Curry.

“We must gain transparency into how these people are being treated,” Curry said. “And then President Trump must make it clear that Kim Jong Un can only be invited back into the world’s good graces, and be lauded for political gestures if he commits to resolving decades of human rights violations at the hands of his regime.”

According to a State Department report on religious freedom that was released last year, the North Korean regime deals harshly with those who practice religion, subjecting those who do so to executions, torture, beatings, and arrests.

By the North Korean government’s own account, the free practice of religion has largely been eradicated from the country. A UN report using the government’s data found that the proportion of religious adherents among the population dropped from close to 24 percent in 1950 to 0.016 percent in 2002.

Estimates of political prisoners in North Korea range from 80,000 to 250,000, and according to a Christian Solidarity Worldwide (CSW) report, using data from 2012, 10-45 percent of those imprisoned in detention camps are Christians.