Did Noah’s Ark really land in the biblical Mountains of Ararat?

Archaeologists discover new artifacts as they continue to search Turkey's Mount Cudi for the resting place of the fabled ship.

A team of archaeologists is searching Turkey’s Mount Cudi (also called Judi Dagh) for the resting place of Noah’s Ark. While their investigations have not turned up any new evidence of the fabled ship, they have discovered an ancient Assyrian relief, carved into the stone of the mountain.

The figure shows an aged, bearded man standing tall and holding his right hand up in a gesture of reverence, while holding a staff of office in his left. Bible History Daily reports that Alan Millard, Emeritus Rankin Professor of Hebrew and Ancient Semitic Languages at the University of Liverpool, believes this is the image of Shamshi-ilu.

Millard explains that since the figure is not wearing any headdress, as might be expected of an Assyrian king, it is more likely that he represents a powerful prefect, such as Shamshi-ilu, who held sway over much of Northern Syria from c. 780 to 745 B.C. Shamshi-ilu left inscriptions in his own name at Til Barsip (modern Tell Akhmar) on the Euphrates, in which he tells of his victorious campaign against places in southeastern Turkey and the kingdom of Urartu, which would have taken him into the vicinity of Judi Dagh.

Noah’s Ark has long been believed to be in one of three mountain ranges: Mt. Ararat, Mt. Cudi, and Mt. Nisir. Mt. Ararat is most commonly believed to hold the remains of the ark, as it was described in Genesis as landing in “the mountains of Ararat.” However, Mt. Ararat only received this name in the 2nd century, during the Christianization of Syria.

In 1985 former United States Merchant Marine officer David Fasold teamed with self-proclaimed adventurer Ron Wyatt to investigate The Durupınar Site, a boat-shaped mound located south of Mt. Ararat among several unnamed peaks, one of which the Turkish locals refer to as Cudi Dağı.

There were several indicators that this might be the remains of the Ark. According to Wikipedia:

Fasold and the team measured the length of the formation as 538 feet, close to the 300 cubits of the Bible if the Egyptian cubit of 20.6 inches is used. Later measurements by others found it to be 515 feet, exactly 300 Egytpian cubits in length.

Fasold’s team also found what he believed to be drogue stones in the surrounding area, large rocks which would have been tied behind the boat to stabilize it. They also believed that they found the fossilized remains of the upper deck, while the original reed substructure had decomposed.

During the 1990s Fasold’s views of the site began to change. After several expeditions to the site that included drilling and excavation, he said in an interview, “I believe this may be the oldest running hoax in history. I think we have found what the ancients said was the Ark, but this structure is not Noah’s Ark.” In a 1997 Australian court hearing he repudiated his belief that this was the site of the Ark, commenting that he regarded the claim as “absolute BS.”

However, his close friend and biographer June Dawes reported that before his death in 1998, Fasold returned to his belief that the Durupınar Site is most likely authentic:

He [Fasold] kept repeating that no matter what the experts said, there was too much going for the [Durupınar] site for it to be dismissed. He remained convinced it was the fossilized remains of Noah’s Ark.

We may never discover the final resting place of the Ark, but as long as there are people searching, then we can look forward to more interesting discoveries, such as this Assyrian relief. 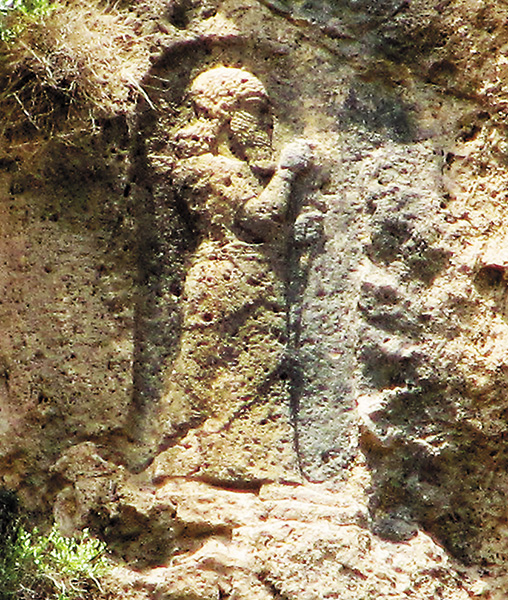