Evangelization and ecology: Who said they are in conflict? 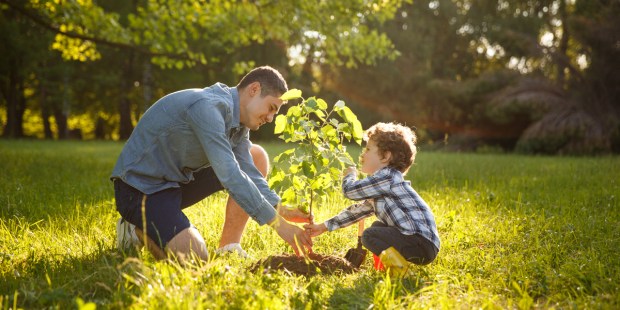 The pontificate of Pope Francis is helping overcome this old debate between “liberal” and “conservative” Christians. See how in these 7 phrases

In recent decades, it has been common to see a typical debate among Catholics, or Christians in general. On one hand, Christians with a progressive sensibility have presented ecology as the central message of the Gospel or of its implementation; on the other, conservative Christians have reproached them for renouncing the proclamation of the Person of Christ as the Savior, which is the great richness of Christianity, relegating evangelization to the annals of history.

The pontificate of Pope Francis, following in the footsteps of Benedict XVI (a pope who was highly committed to defending creation and even referred to as the Green Pope), is helping to show that this debate is totally fictitious.

A decisive step in this direction was the publication of the encyclical “Laudato Si’.”

Another key step is the upcoming Synod for the Pan-Amazon Region, the preparatory document of which was made public by the Vatican last week: “Amazonia: New Paths for the Church and for an Integral Ecology.“

In this context, we might ask: Why has this artificial debate between Christians in favor of ecology and those against it lasted so long?

Many of us Christians have let ourselves be conditioned by political categories: so-called “liberal Christians,” like their political equivalents, have embraced ecology, but often have renounced evangelization, confusing it with proselytism.

On the other side of the debate, “conservative Christians” have seen environmentalism as an ideological front for a supposed leftist wing wanting to corrupt the minds of believers to the point of making Christianity an immanentist religion. Everything related to ecology was perceived as dangerous ideology.

If we sum up in three words the preparatory document for the Synod for the Pan-Amazon Region, which will be held in October 2019 at the Vatican, we could say that it’s a call to “pastoral and ecological conversion.”

Read more:
5 saints to inspire us to take care of our planet

We present seven phrases from this text in which every Christian can find inspiration for understanding the richness and beauty of an authentic Christian ecology.