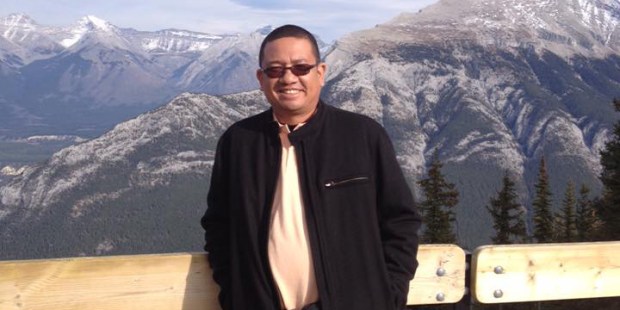 President Duterte lashes out at Catholic leaders, but denies that his regime is responsible

Fr. Richmond Villaflor Nilo, a parish priest in the Philippines, was shot to death just he was about to celebrate Mass, making him the fourth priest to be shot in the last six months in that troubled country.

According to a report in UCANews, Fr. Nilo was killed while putting on his alb to begin the Mass. Three shots were fired through the chapel’s window.

“No priest, and no human being for that matter, deserves to be killed with utter brutality, disrespect and impunity,” Bishop Sofronio Bancud of Cabanatuan said in a statement.

The bishop said “to kill a priest for whatever motive or cause, is not only unchristian and inhuman, it is also un-Filipino.”

A trail of blood from church to church

Only a few days before, on June 6, Fr. Rey Urmeneta, a priest at St. Michael the Archangel parish in Calamba City, was shot by gunmen, but survived the attack.

On April 29, Fr. Mark Ventura from the northern Philippines was shot dead after he finished celebrating Sunday Mass.

And on December 4, Father Marcelito Paiez was shot in killed in the town of Jaen.

Archbishop Romulo Valles, the president of the bishop’s conference in the Philippines, called on the justice system to track down the perpetrators of the crimes.

“I would really appeal, really appeal to our authorities especially the police to do their best to investigate and bring the perpetrators of these crimes to justice,” he said.

A search for a motive in the killings has been complicated by Philippines President Rodrigo Duterte’s confrontational stance towards the Catholic Church.

Duterte has been a vocal critic of Catholic leaders who have condemned him for the extra-judicial killings that have been the strongman’s means of carrying out a war on drugs.

In one statement, following Fr. Ventura’s murder in April Duterte said that the priest was probably killed for allegedly having affairs.

Today, in a speech in which he denied persecuting priests, Duterte brought up the matter again.

“If you are a priest, and you have an affair with the wife of a soldier or a mayor, you will really die,” said Duterte, according to a report in ABS-CBN News. He also said that priests are “no better than me,” adding, “some priests have two wives.”

He added that he had “suppressed” the allegations about Fr. Ventura but would make such stories public if Church leaders continue to criticize his regime.

“If these guys keep on shouting there, I will make this public,” said Duterte.

In response to questions raised about whether the government has been involved in the killings, either actively or by encouraging violence against priests, Duterte denied any involvement.

“I read in the news some were asking me to stop persecuting the priests. I did not even say anything,” Duterte said in the speech.

The recent violence against priest has prompted calls for arming the clergy, an idea that the Catholics Bishops’ Conference of the Philippines has said it opposes.