Analyzing art: What can you see in ‘The Expulsion of Adam and Eve from Paradise’?

Unlock the deep spiritual meaning in Benjamin West's painting of the Garden of Eden.

Benjamin West (1728-1820), an Anglo-American painter, was hailed the “American Raphael.” He lived during the era of the American War of Independence and the Seven Years’ War. Although born in Pennsylvania in 1728, he settled in London in 1763. Here he received the patronage of King George III and the assurance of the financial support of the Crown.

In 1779, West intended to execute one of his greatest conceived projects. He wished to rebuild the Royal Chapel at the Windsor Castle. Sadly, however, this scheme was abruptly cancelled by the King of England in 1801. Subsequently many of his completed individual paintings, including the Expulsion of Adam and Eve from Paradise, were lost. After nearly two centuries the painting resurfaced at an auction in London in 1989.

See the details from his masterpiece here: 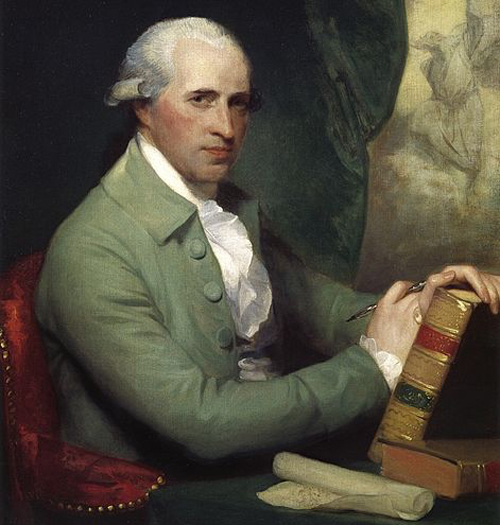 In his painting, West depicts not the Garden of Paradise as it is popularly conceived — teeming with natural beauty and peaceful glory. Rather, he draws us to the very heart of this theological, mystical and spiritual subject.

“Fearfully and wonderfully made,” the first humans are placed into an eternal garden with practically free rein. “Eat of all the trees in the garden,” save one, “the tree of the knowledge of good and evil.” However, in walks the deceiver embodied as a serpent. Confident of the outcome of the snack, he makes no casual conversation. He lures man and woman into a stolen identity, to “be like God” but without God and not in accordance to His will. In this way he shrewdly sets up the humans, or God or both for a confrontation.

The confrontation is followed by the expulsion. The original harmony is destroyed and the beauty of the eternal breath is tarnished. Creation is subject to decay and death makes its entry into human history. Benjamin West, through the painting in consideration, presents to us the fragility and the anguish of the hour, the misery of the fall.

Emerging through a valence of dark clouds is the glorious figure of one of the Cherubim. Clothed in soft white, in his right hand he holds the sharp beam of light. This is symbolic of the “flaming sword.” His raised hair and piercing gaze contrast the lightness and the airiness of his fluttering wings and drapery. Notice the red cloak he partially carries. It indicates the entry of death and bloodshed.

Right before him are the protagonists. They bemoan their fallen state. Adam, uncomfortable at his self-consciousness on receiving the knowledge of good and evil, covers his face in shame. With his right hand he holds onto the mother of mankind. Teary eyed, beautiful Eve kneels on the earth pleading for mercy. Before them slithers the crafty serpent. His appearance resounds wicked laughter.

As the living beings creep into darkness, the painting inspires us to question ourselves: “Is this the fallen end? Is this the victory of universal self-conscious sin? Are we punished and doomed forever?”

Interestingly, the shrewd deceiver promises the humans that on eating the forbidden fruit their eyes will be open and they will see and know. This was a half-truth for after eating the forbidden fruit their eyes were open but not in wisdom but in shame. They become aware that they are naked. Innocence is lost and now they seek to cover themselves with the leaves of the fig tree.

But God does something beautiful. He does not abandon His creation. God provides! Notice the garments of Adam and Eve in the painting. They are crafted not from foliage but are made of animal hide. Fleece intact, God made garments of sheep skin for Adam and his wife. This alludes clearly to the Lamb of God who takes away the sins of the world.

Intriguingly, notice also the meeting of the angel’s foot and that of Adam. It bears witness to the new Adam, the incarnation and the dual nature of God in His humanity and divinity. The kneeling posture of Eve hints at the interceding nature of the new Eve, the Blessed Virgin Mary.

The Expulsion of Adam and Eve is not so much a story of God’s blazing anger and punishment as much as it is an act of pure love and reparation. Had the fallen humans consumed the fruit from the tree of life, they would remain in the state of damnation forever. God therefore had to send His only begotten Son in order to rescue mortals from the state of original universal sin and win them universal salvation. Jesus is the Tree of Life. Trapped in time, human beings can now receive everlasting life only through Christ.