The archaeological evidence of Pontius Pilate

The "Pilate Stone" recorded Pilate's name and position in a dedication to the Emperor.

Almost everyone is familiar with Pontius Pilate and his role in the Passion of Christ. However, very little of the man is known besides his arbitration of the trial of the Nazarene. It is known that he was the Roman prefect who ruled over Judea during the reign of Emperor Tiberius (14-37 AD), but aside from his presence in the Gospels, a few brief references from Roman historians, and a smattering of coins purportedly minted by the prefect, there is very little evidence that Pilate existed at all.

Read more:
Shroud of Turin coins may finally have been identified

That was until the 1961 discovery of the “Pilate Stone,” a piece of carved limestone inscribed with the name of Pontius Pilate. Italian archaeologist Dr. Antonio Frova and his team came across the “Pilate Stone” while excavating an ancient Roman theatre in Caesarea, Israel, which was built by the decree of King Herod, around 10 BC. UCatholic.com explains that Pilate had his base of operations in Caesarea, which replaced Jerusalem as the administrative capital of Judea in 6 AD.

Although weathered by time, fragments of the inscription on the limestone may still be distinguished. From what archaeologists can read, it appears to be a dedication stone. It says:

This discovery corroborates Pilate’s position as prefect of Judea, as well as the era in which he held office. UCatholic notes that there are several other secular sources that mention the prefect, such as the writings by Flavius in Antiquities of the Jews circa 94, Philo of Alexandra in On The Embassy of Gauis, and by Publius Cornelius Tacitus, one of the most well-known Roman historians. However, these works were all written many decades after Pilate was removed from his position as prefect of Judea. The “Pilate Stone” remains the only first-hand evidence of Pilate, which, quite literally, has set his historical relevance in stone.

Make sure to visit the slideshow below to discover some of the places frequented by Jesus of Nazareth, from Bethlehem to Jerusalem, including the Via Dolorosa. 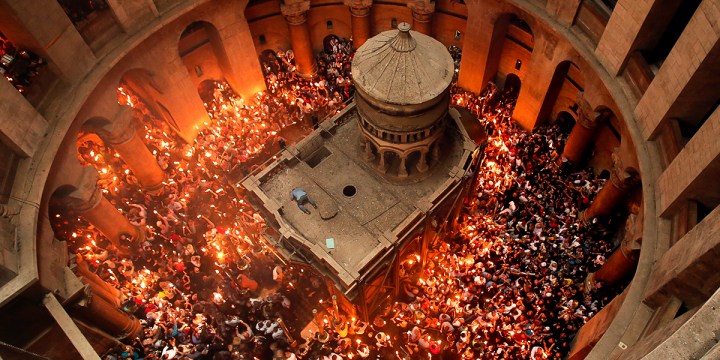