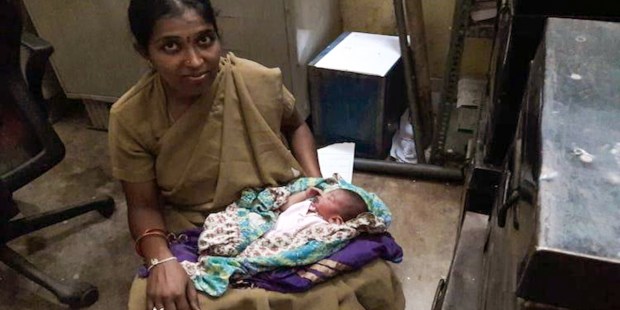 In Bangalore, India, last week, a newborn was abandoned in a pile of rubble near a construction site, and by the time police found him he was near death. The baby boy, only a few hours old, was covered in blood and unresponsive.

Thankfully, a female office stepped in, and, while the male officers waited anxiously outside the door, the officer breastfed him. After an hour of feeding, he finally cried out. “The body was shaking — hands and legs. Everybody got so happy,” reported Nagesh, the officer who found the child.

“We police officers work so hard, but the last two days in the station was something else. It felt like a baby was born in our home,” Nagesh continued. The child has now been sent to a government facility where he will stay if his parents cannot be located. Thanks to these generous hearts, the baby is alive and healthy.