3 New findings that could change the way you sleep 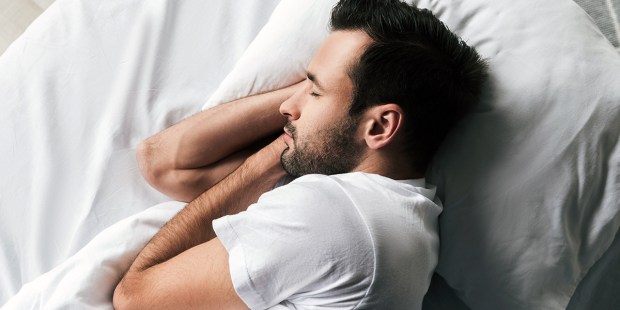 Is it okay to get fewer than 8 hours a night? And can you really make up for lost sleep?

The Stress Research Institute of the University of Stockholm and the Karolinska Institute of Sweden (one of the most prestigious centers in Europe in medicine, whose Nobel Assembly is responsible for deciding the winner of the Nobel Prize for Medicine) have completely debunked our common sleep myths.

The two institutions did a longitudinal study of 38,000 Swedish adults for 13 years, since 1997, in order to connect sleep hours with the mortality rate. The study also took into account factors such as sex, body mass index, smoker status, physical activity levels, and whether the individual worked in shifts.

Caring for the body is not optional. Each person is responsible for the body with which he or she has been created. We need to keep both soul and body in good condition until the end. How else can we be good instruments in God’s hands?

A second new aspect is that we can make up for lost sleep.

Up till now, many studies had told us this was not the case, but this study found that if we make up our sleep on the weekends, our mortality rate will be the same as if we had slept 7 to 8 hours a day.

Here is the third major conclusion of the study: it is not those who sleep more than 8 hours who live longer, but rather those who sleep between 7 and 8 hours. So binge sleeping is not exactly healthy, either. As in everything, moderation is the key.

It may disappoint some of us slumber champions to learn that sleeping more than 8 hours a night increases our mortality rate by 25 percent compared to the people who sleep between 6 and 7 hours a day. But Åkerstedt explained that “prolonged sleep could be a sign of underlying problems.” So more is not necessarily better.

What about those over 65?

The study found that there is no pattern of sleep and mortality for those over 65. Torbjörn Åkerstedt believes that this is because these individuals are not subject to work schedules that determine their hours of rest.

So the moral of the story is … aim for 7 to 8 hours of sleep per night, but if you have to stay up late now and then, don’t think those hours are gone forever. Just make them up on the weekend and know that your health will be just fine.

Read more:
Good news for people who like to sleep in on the weekends