Catholic school students found to have fewer behavioral issues than others 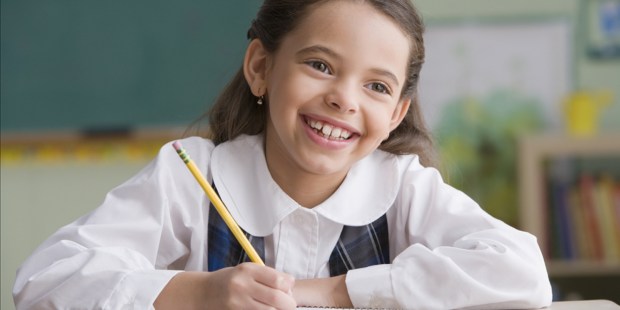 A recent study by the Thomas B. Fordham Institute examined the behavior of thousands of elementary level students from public, Catholic, and non-Catholic private schools and found that the best behaved are the Catholic-school students.

Crux reports the study determined that regardless of race, sex, or socioeconomic status, students of Catholic schools tend to have more self-control and self-discipline than their public school counter-parts. According to teachers interviewed for the study, Catholic students exhibit fewer “externalizing behaviors,” i.e., fewer fights and disturbances to ongoing activities, and are less likely to become agitated easily or to act irrationally.

The study further identified Catholic students, across all the full demographic spectrum, as, “more likely to control their temper, respect others’ property, accept their fellow students’ ideas, and to handle peer pressure.”

CATO Institute expert Corey A. DeAngelis theorizes that these results may be explained by the atmosphere provided by Catholic schools, which may create just the right environment to develop self-control. He told CNA, “Religious schools may have a competitive advantage at shaping character skills because students are not just held accountable to teachers — they are also held accountable to God.”

DeAngelis went on to cite “strong school culture” as a determining factor for student engagement. However, he warns that there could be other factors at work than just what school a child goes to, since the study had no way to make a control group to compare results to.

Crux offers the Cristo Rey Network as an example of a Catholic School with a strong culture:

Cristo Rey schools exclusively serve underprivileged students, and the majority of its students are students of color. Its unique Corporate Work Study Program puts Cristo Rey students to work in an office environment to pay their tuition. The average Cristo Rey student is about two grade levels behind their peers, but despite this, about 90 percent of graduates will enroll in college.

Cristo Rey Network CEO Elizabeth Goettl agreed with the findings of the study and credited the examples set by their faculty, as well as the standards to which the institution holds its students:

“Catholic school students may exhibit more self-discipline and self-control than their peers in other schools because of the consistent and high expectations set for such behaviors by all of the adults in the school,” said Goettl.