Is this where Jesus turned water into wine? 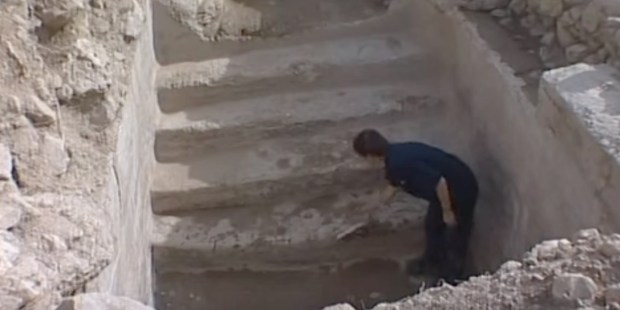 Archaeologist believes he has identified the site of the wedding at Cana.

The very first miracle Jesus performed in the Gospels took place during a wedding in Cana of Galilee. When the party had run out of wine, Jesus — at the urging of his mother, Mary — ordered six stone jars be filled with water, which he then turned into finest wine.

While we know the wedding party took place in Cana, over the course of the last 2,000 years we’ve lost track of exactly where the town was located. There are several promising areas that researchers say could be Cana, but archaeologist Tom McCollough believes he has identified the most probable site of Jesus’ first miracle.

In his study, “Searching for Cana: Where Jesus Turned Water into Wine” from the November/December 2015 issue of Biblical Archaeology Review, McCollough discusses the site of Khirbet Cana (or Khirbet Qana—“the ruins of Cana”), which he has worked to uncover since 2000.

Khirbet Cana is nine miles away from Nazareth. Excavations of the site, which began in 1998, led to the discoveries of a Roman-period synagogue, several miqva’ot (Jewish ritual baths), six Maccabean coins and an ostracon incised with Hebrew letters. These old buildings and relics identified Khirbet Cana as a Jewish village from the Hellenistic and Roman periods (323 BC–AD 324).

Biblical Archaeology explains that the most compelling evidence was found in a large network of underground Christian worship tunnels, the walls of which were marked with crosses and ancient Christian graffiti of the phrase “Kyrie Iesou” (“Lord Jesus”) and names of pilgrims who visited.

Even more fascinating, the archaeologists found in this first cave what may be an altar: A sarcophagus lid (see image above) inscribed with Maltese-style crosses had been turned on its side to serve as a kind of altar, its top edge worn smooth, perhaps by pilgrims who placed their hands on it during prayer. Above the “altar,” a shelf with two stone vessels had been found.

McCollough notes that “there was space for another four [stone vessels]” on the shelf. The presence of six stone jars above an alter in a shrine underneath a possible location of the Wedding at Cana strongly suggests that the early Christians of the Byzantine era believed that this was the Cana from the Gospels.

While these are merely educated guesses (there have been no writings or relics found in the area identifying the name of the settlement), the Christians of the Byzantine era (founded 330) were not so far removed from the Hellenistic and Roman periods that it seems unlikely they would have lost the location of Cana.