Are weeping statues miraculous or a hoax? 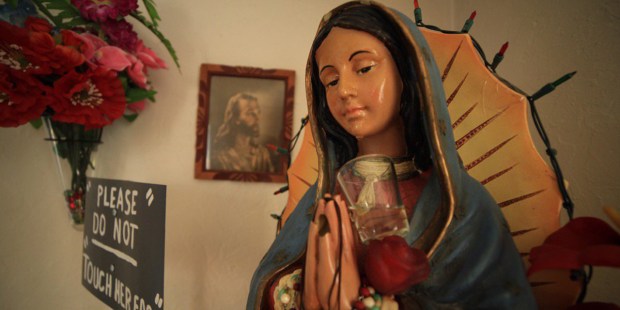 The Church is always cautious when investigating extraordinary claims.

News of weeping statues makes headlines every year, attracting thousands of Christians seeking evidence of the divine. Many are restored in their faith and find peace and consolation in these alleged miracles.

However, are these weeping statues miraculous?

As with apparitions of the Blessed Virgin Mary, Catholics are not required to believe any weeping statues, private revelation or miraculous events, even approved ones. They might be approved by the Church for local or universal devotion, but are not a part of the “deposit of faith.”

Nevertheless, the Church still investigates each miracle to determine if it is something of “divine origin,” the result of nature, or in some cases, a hoax that someone has created for personal attention.

The local bishop initiates an investigation, led by a team of scientists and experts who can eliminate natural causes. Additionally, theologians are consulted to study the events and see if there are any spiritual connections.

Michael O’Neill, the “Miracle Hunter,” explained to Catholic News Agency some of the steps that occur behind the scenes, “Tears are collected and tested to see if they are human (pig’s fat has been found in some false cases) and statues may be x-rayed to rule out any internal mechanism used to fraudulently mimic the flow of tears … Some weeping icons have been shown to have natural causes — condensation or leaking ductwork in the wall behind them. On a few very rare occasions these lachrymations (tears) have been found to have no explanation and are worthy of belief as being miraculous.”

Unlike most approved Marian apparitions, weeping statues that are deemed “miraculous” typically do not have a specific message. Instead, the Christian faithful are invited to prayerfully interpret the events for themselves.

In many cases the hidden message is connected to a recent event and some believe at the time of the miracle that God is inviting the world to penance and reconciliation with God. For others the message is more personal and is a public display of the love that God or the Virgin Mary has for them.

Whatever the case may be, weeping statues are always viewed skeptically by the Church until they can be proven otherwise.