How a whale saved a scientist’s life (VIDEO) 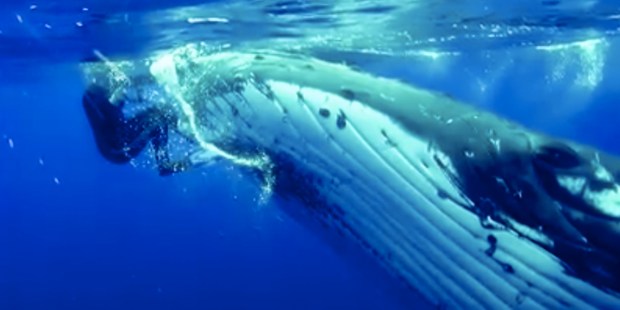 The whale kept pushing her away, and then she saw why …

Nan Hauser has been research scientist for 28 years, but she’d never had an experience quite like this one.

While doing her underwater research, a whale swam up to the her and began intently pushing her in the opposite direction. No matter how hard she tried to get away, the whale persisted. “I was really scared,” she said. “I mean, who wouldn’t be scared, rolling around and rolling down the back of a whale?”

After more than 10 minutes, the whale lifted her out of the water with his fin, and she began calling to her crew to get to her to their boat. It was then that she saw the shark.

A tiger shark had been swimming nearby, and the whale had been pushing her away, following her until she had reached safety on the boat.

But this isn’t a unique encounter. Though Hauser had never personally heard an account in which a human was protected, whales have been known to guard seals from nearby predators.

“These animals have this altruistic behavior,” Hauser said. “They will risk their lives to save another species.” And this time, it was her life that was saved.

Stories like Hauser’s are a reminder of the wonder of creation and the special connection animals and people often share together.

You can see more in the video below.

Read more:
An orchestra plays in the middle of the sea. Whales attend the concert