The Museum of the Bible finds its place alongside the Smithsonian

Lines of visitors wrap around the block to explore Washington, D.C.'s newest museum.

The Museum of the Bible, which opened in November, 2017, has proven to be a success, already drawing over 603,000 visitors in the 7 months since its opening. This puts them in direct competition with their Smithsonian counterparts on the National Mall, such as the National Museum of African American History and Culture, which has seen about 842,000 visitors this year, and the National Air and Space Museum, which is sitting at 648,000.

Cary Summers, president of the Museum of the Bible, commented to the Washington Times about their successful opening:

“Crowd control was the biggest challenge right off the bat. We did not anticipate people wrapping around the block. It was a pleasant surprise, but it did create frustration.”

Click “launch the slideshow” in the image below for an inside look: 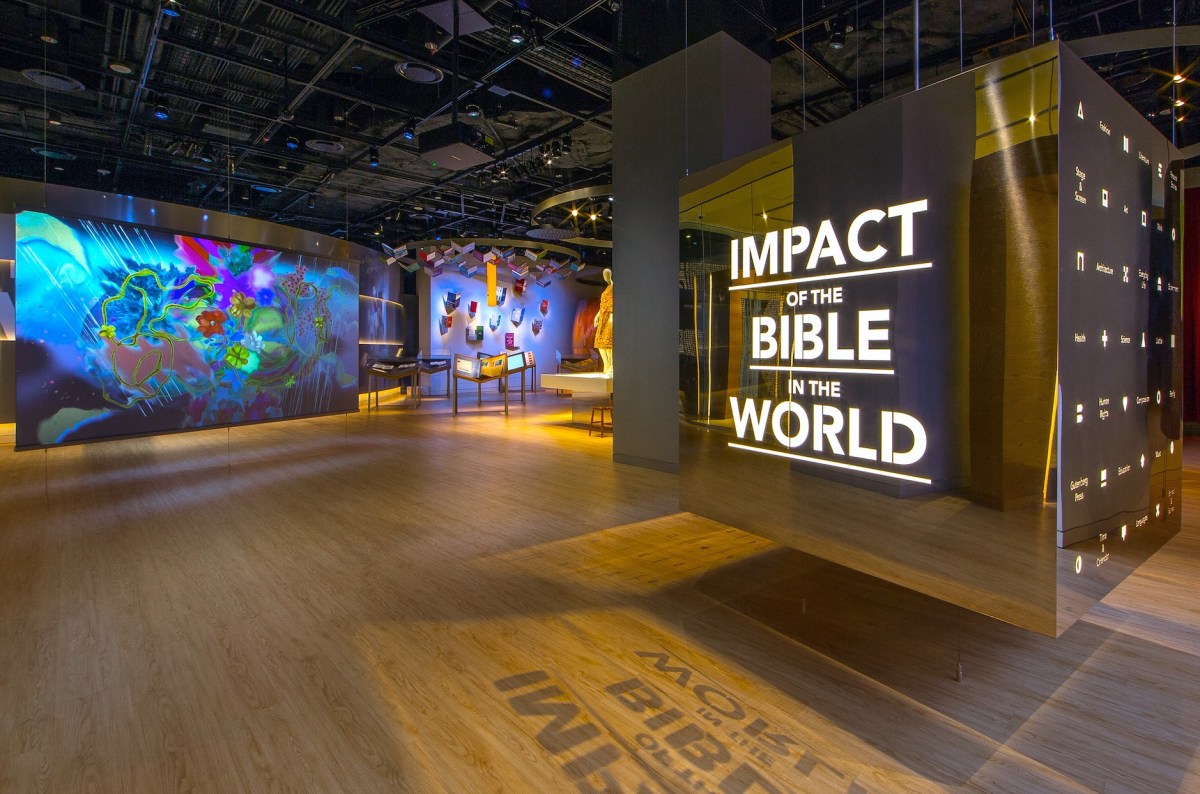 The museum is preparing to open a new exhibit next month, “Noblewomen and the Bible,” which will focus on the women of Germany’s House of Stolberg, who amassed a collection of manuscripts and books over the course of 800 years, although some of their stock was ransacked by the Soviets during WWII.

The proximity of the Museum of the Bible to Capitol Hill had caused concern prior to its opening, with some people arguing that its presence might influence Congress. Mr. Summers waved it away and explained that they have faced criticism, it would seem, for criticism’s sake:

This is not reflective of every visitor’s attitude, however, Summers recounts how he was stopped by a tourist from St. Louis who felt urged to tell him, “I know that along the way there was some criticism, so I just wanted to be a voice  saying, ‘Well done and thank you.’”

In fact, the naysayers appear to be the minority, as exit polls reveal that over 90 perceny of visitors have rated the experience as excellent or good. Summers appears to be content with the work they do, stating, “What we said we would do is exactly what we did do. We’re just showing the Bible.”

Like its Smithsonian counterparts, the Museum of the Bible offers free admission; however, they do request suggested donations of $15 per adult and $10 per child. The museum is open every day from 10 a.m. to 7 p.m.