Venerable Maria Guadalupe Ortiz is a laywoman who will be beatified this year. Here's her incredible story.

On December 12, 1916, in Madrid, Spain, the fourth child and only daughter of Manuel Ortiz-Landazuri and Eulogia Fernandez-Heredia was born. Since it was the Feast Day of Our Lady of Guadalupe, her parents named her Maria Guadalupe, bestowing a great blessing on their child.

The first truly painful experience for her was when her older brother, Francisco, passed away. She was just a child, and she did not fully understand what had happened. Then, when she was 10 years old, she and her family moved to Tetouan, North Africa, where her father had taken a new job.  Even as a pre-teenaged girl she possessed two character traits that stood out: courage and boldness. She was not easily intimidated, and she quietly spoke her mind.

Guadalupe experienced another incredibly traumatic event in 1936. It was during the Spanish Civil War, and her dad was taken prisoner. Judged quickly, he was sentenced to be shot. Guadalupe, her brother, Eduardo, and their mother were permitted to spend the last few hours with their father before his execution. They did their best to console him, but he wound up consoling them. Guadalupe managed to forgive her dad’s executioners and those who had condemned him. In 1937 the family moved to Valladolid, Spain, where they remained until the beginning of World War II.

Guadalupe, who had earned a degree in chemistry, began to teach in the School of the Blessed Virgin Mary. On a Sunday in 1944,  she felt “touched” by the grace of God while attending Mass. The feeling was so pronounced that when she returned home, she told a friend that she needed to speak to a priest as soon as possible. The friend gave her the number of the founder of Opus Dei, Josemaria Escriva.

On January 25, Guadalupe went to her appointment with Father Escriva, which was at the first women’s center of Opus Dei. Guadalupe considered that encounter as the pivotal moment in her life. It was here she discovered the call of Jesus Christ telling her to love Him above all things and to manifest it through professional work and ordinary life. (This is the primary message that God brings to men and women even today through Opus Dei.)

She went on a spiritual retreat and then spent a few more days in prayer. Finally, on March 19, she answered yes to the Lord and became part of Opus Dei. She was 27 years old, and from that point on her life was filled with the love of her work, extending all the way down to simple household tasks. She also began spending as much time as possible before the tabernacle.

This was all taking place during the fledgling years of Opus Dei. Guadalupe devoted herself to learning about a job she had no training in, while her passion remained in chemistry, and she studied it every chance she could.

Read more:
Sanctifying the Ordinary: The Prelature of the Holy Cross and Opus Dei

In 1950, Josemaria Escriva asked her to go to Mexico to bring the message of Opus Dei to that nation. She embraced this invitation and looked forward to being under the protection of her namesake, Our Lady of Guadalupe. She encouraged her students to study hard and to work to raise their sights to the service of the Church. She stressed concern for the poor and the elderly, created a mobile clinic with a friend who was a doctor, and went house to house providing medical testing and distributing free medications to those in need.

In 1956 Guadalupe moved to Rome so she could work more closely with Josemaria in governing Opus Dei. This was when she first noticed symptoms of heart trouble. She needed an operation and had to go to Madrid. Although the surgery was considered successful, her heart condition worsened, and she had to remain in Spain for good.

Despite her heart condition and the shallow breathing and the constant chest spasms, Guadalupe refused to complain and tried her best to keep on smiling. In 1975 the doctors convinced her that she needed another operation right away. She was scheduled for her surgery on July 1. One week before that, on June 26, Josemaria Escriva passed away. She took comfort knowing that he was with God and had no fear about her impending operation.

Guadalupe fought the good fight, but her heart finally failed on July 16, 1975.

We ask them both to pray for us all. 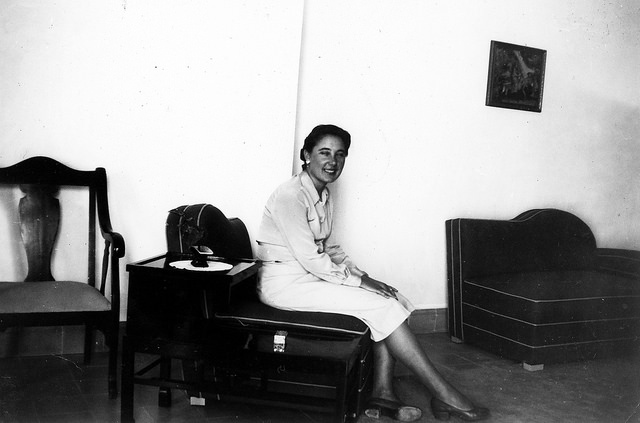 Read more:
Joseph Muzquiz didn’t plan on becoming a priest, until he met a saint