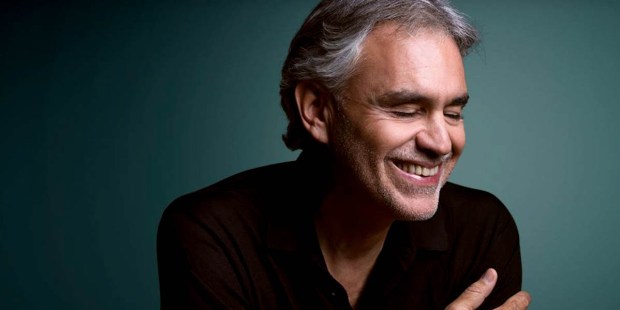 The famous singer was recently photographed at Fatima and has spoken openly about his faith.

The famed Italian tenor Andrea Bocelli has reportedly been chosen to sing before Pope Francis at the Festival of Families in Dublin this summer, according to a report in the Irish Mirror, which said that the performers for the event have not been officially confirmed.

The festival will be held on August 25 in Croke Park, Ireland’s largest sports stadium and home to the Gaelic Games, on the occasion of the World Meeting of Families.

Bocelli has performed before the pope several times, and is a practicing Catholic and an outspoken pro-life advocate. He talked frankly about his personal story several years ago in a video he recorded to raise funds for a Catholic mission in Haiti.

In the video he talked about how doctors advised his mother to have an abortion when she was pregnant and came down with what was thought to be appendicitis.

“They told her it was the best solution because the baby would be born with some disability,” Bocelli explained in the video, according to Christian Post.

His mother decided not to have the abortion, and Bocelli was born on Sept. 22, 1958.

“Maybe I’m [biased] but I can say that it was the right choice,” said Bocelli, who is blind.

Later for an interview with the Italian newspaper Il Foglio, Bocelli said that his pro-life stance also stems from his Catholic faith.

“Because of my personal convictions as a devout Catholic, I am not only fighting against something, I am fighting for something – and I am for life,” he said in the interview, according to LifeSiteNews.

Read more:
Andrea Bocelli in Fatima: Here every breath is a prayer