Watch out for these moral (and psychological!) sins when sharing online 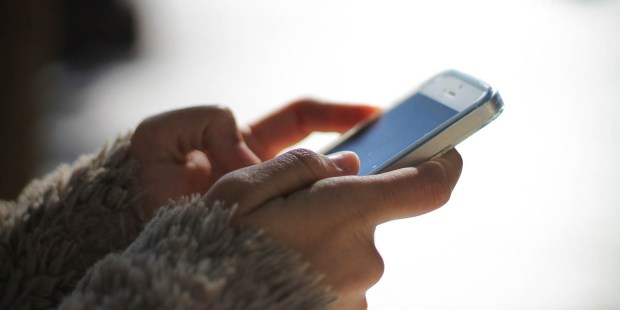 We are capable, on an emotional and even physiological level, of becoming addicted to indignation.

It is scarcely an exaggeration when I say here that I am typing this with one hand while holding up a mirror to myself in the other. I think that we Catholic consumers and producers of online content, especially that content that we identify as Catholic, need to undertake an examination of conscience, and we need to do so frequently.

I say that because I think that we often handle online content in a way that does more harm than good, regardless of our intentions. That’s a shame because the internet can be an amazing tool in the service of evangelization and catechesis. Let’s commit to habituating ourselves to making good use of such a powerful instrument.

Before we examine our conscience, we should make sure that our conscience is properly formed. We should be able to distinguish the following:

The wisdom of the Church holds that a person has a right to his good name as his own possession, and to rob him of that precious property through our misuse of words can be a very serious sin. A good companion and guide for our examination of conscience in relation to our production and consumption of internet content is the great Catholic thinker, Josef Pieper. Everything he writes is sound and eloquent—here I want to recommend his little book, Abuse of Language—Abuse of Power. Here are some points Pieper makes that are worth reflecting on and bringing to prayer:

Yes, there is much wrong with the world around us and within us. Yes, there are things worth getting angry about. Yes, there are even times when it may be prudent to raise one’s voice in order to be heard. The internet provides us with an incomparable tool to be heard and to hear. All the more reason, then, to challenge ourselves before we hit the SEND button or the PLAY button.

We also have to protect ourselves. We are capable, on an emotional and even physiological level, to become addicted to indignation: “Look at what THEY are doing now!” Yes, we need to be kept informed, and we must also admit that we can move from being informed to praying the prayer of the Pharisee, who gave thanks to God that he was “not like other men.” We can covertly use internet production or consumption to remind ourselves (and others) of our implicit moral superiority. That’s not good for anyone.

Read more:
Praying this litany will give you peace about the past and future

I tell my students that once they post something on the internet, they give themselves an indelible “digital tattoo.” Likewise, what we consume via electronic text (and especially electronic image) makes a mark, a lasting impression on our soul. Let’s agree that we will pray to work for the good of our neighbor, the salvation of our soul, and the greater glory of God, each time that we use this powerful instrument of the internet.

When I write next, I will speak of taking a new look at some old devotions. Until then, let’s keep each other in prayer.

Read more:
How to react to haters online … without becoming one yourself