Fortnite can be addictive: Children are among its most vulnerable victims 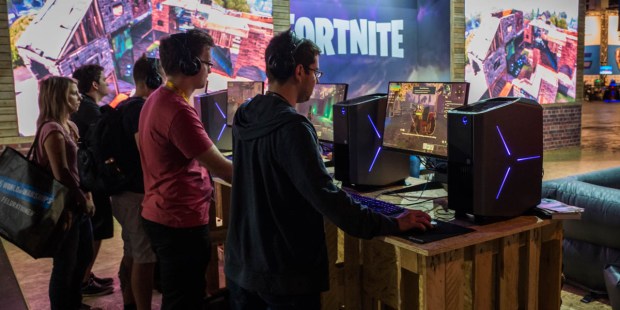 Here are the techniques used by Epic Games to make this game so attractive and dangerous.

A British girl who is just nine years old has ended up in rehab, because over a period of just a few months she became addicted to the popular video game Fortnite. “We had no idea, when we let her play the game, of the ­addictive nature or the impact it could have on her mental health,” said her mother to Sunday People, the Sunday edition of the newspaper The Mirror.

The story the mother tells is worrying. The little girl was more and more tired during the day, to the point where the school authorities called in her parents to ask “if everything was OK.” They were concerned for good reason; the girl had fallen asleep twice in class, and her grades were dropping. When the parents asked their daughter to explain, she became “unusually argumentative and aggressive.”

They became even more suspicious when they realized that their daughter had begun to use the parents’ credit card in secret. They then discovered that their daughter was getting up at night, staying up sometimes until 5 in the morning playing on her Xbox, and was unable to pull herself away from the screen even to go to the bathroom.

The video game, developed by the American company Epic Games, is wildly popular. In the first year since it was released in July 2017, it has accumulated 125 million players, and more than 40 million are active each month.

The most popular mode of Fortnite, which is called Battle Royale, pits 100 players against each other on a virtual island where they fight for survival, either alone or on teams, until only one player is left standing.

The game is so widespread that Epic Games has announced it is organizing, starting next autumn, a veritable world championship, the Fortnite World Cup, with a dizzying prize fund: $100,000,000.

The phenomenon of Fortnite, which is available for Xbox One, Playstation 4, Windows and Mac computers, and even iOS devices, is also being promoted by stars of sports and entertainment, including Canadian rapper Drake. NBA players such as Terrence Ross, of the Orlando Magic, have been bewitched by the game.

“Active players crush Fortnite on off days (to unwind), on game days (if only for an hour or so), after a good game (to celebrate) or after a bad game (to clear the mind),” observes Leo Sepkowitz in an article on the Bleacher Report website.

The game is also very popular among football (soccer) players, including Harry Kane, a striker for English Premier League club Tottenham Hotspur, Zlatan Ibrahimović, a Swede who plays for the Los Angeles Galaxy, and Antoine Griezmann, the star of the Atlético Madrid and of the French national team. Griezmann celebrates his goals the Fornite way: he uses a dance inspired by the videogame.

It is precisely this phenomenon that worries Steve Pope. “You see Premier League footballers celebrating goals with Fortnite dances and it’s the biggest possible advert for kids,” says the therapist, who was contacted by the English girls’ parents. ““It’s the perfect gateway into addiction and gambling,” he explains.

Why is Fortnite so attractive?

There are various elements that make the Fortnite videogame so attractive and, consequently, dangerous.

“‘Fortnite’ does seem to fill a void in the current video-game selection,” says Emily Gifford, a clinical psychologist in Westchester, New York. “It seems to offer a middle ground, perhaps where parents are more comfortable saying OK, rather than drawing a hard line in the sand about a more aggressive game,” continues Gifford, quoted in an article on LiveScience. Even though Fortnite is an action game, no blood is shown.

Another element that explains why Fortnite attracts so many kids and young adults is the fact that each session is relatively brief; a single game usually lasts less than 20-25 minutes. “So after getting close to winning, it’s highly tempting to give it another try, similar to playing a casino slot machine. This is yet another feature of the game that makes it hard to put down,” the same article reports, citing child psychologist Randy Kulman.

This is why it’s important to set limits on young players, according to Dr. Leonard Sax, family physician and psychologist in Exton, Pennsylvania, as reported in the same article. Dr. Sax, author of the books Boys Adrift and The Collapse of Parenting, says that, in order to avoid a negative impact on academic performance and on real-world relationships, school-aged children shouldn’t play videogames more than six hours a week.

In Sax’s opinion, parents are mistaken if they think that their children will learn to work with others in the real world by playing team video games like Fortnite. “Collaboration in the real world,” Sax explains, “is about listening to your colleague, making eye contact, understanding what they are trying to say and working creatively together.” In Fortnite, on the contrary, the only shared objective is defeating others, and as Sax points out, “killing people is not fundamentally a social skill.”

The very fact that Fortnite can be played in a team format increases the danger of this video game, intended for children who are 12 years old or older. “If you’ve just started a game it’s tricky for parents to make their children let down their friends,” explains Dr Mark Griffiths, Professor of Behavioural Addiction at Nottingham Trent University, in an article on the website of The Sun. In the same article, parenting expert Elizabeth O’Shea agrees in seeing peer pressure as one of the dangers.

Also important is the use of bright colors and cartoonish images. For O’Shea, “Video games such as Fortnite are designed to be addictive — they give children a hit of dopamine — also known as ‘the reward hormone,'” that is, the same chemical that kicks into action when someone engages in other addictive behaviors such as gambling, smoking, or drug abuse.

According to O’Shea, playing Fortnite can even change a child’s personality if their parents allow them to play as much as they want, without time limits—and once they are addicted, trying to stop can cause withdrawal symptoms.

These effects are of great importance. According to new research from California State University, the flexibility of children’s brains make them particularly susceptible to these problems. “Some parts of the brain develop until they are 17, others are not fully developed until they’re 25,” explains Professor Ofir Turel, who headed the study, to The Sun.

Even though the game is free at first, Fortnite can become expensive. Players can, in fact, make small purchases to personalize their avatar, to buy new weapons, or to obtain a Battle Pass, The Sun explains. The girl mentioned earlier used her parents’ credit card to spend more than £50 per month ($66 USD) to improve her game.

For the company that launched the video game, it’s a highly lucrative business. Just during the month of April 2018, Epic Games earned $296 million, a sharp increase compared to the month of March, in which it earned $223 million, according to the website SuperData.

Lastly, Fortnite can become a platform where children and teens are groomed by pedophiles. The alarm was sounded last April by the National Crime Agency, as reported by The Telegraph.

This is a concrete danger, as shown by the event recounted to the Liverpool Echo by the mother of a 12-year-old boy. Overhearing a conversation her son was having through the chat with another player, the woman realized that the boy was talking with a pedophile, who was asking for nude pictures and offering money for sex acts. After a brief argument with the man, the woman asked the boy to leave the game, and called the police.

While some British schools have warned parents of the risks tied to Fortnite, and some women have even begun an online petition asking the game to be banned because it “brainwashes” their boyfriends, the World Health Organization (WHO) has decided to include “gaming disorder” in its International Classification of Diseases (ICD). After the WHO’s decision, the British National Health Service (NHS) has announced that it will treat children who have fallen victim to gaming addiction.