Why having a sister makes you a better person 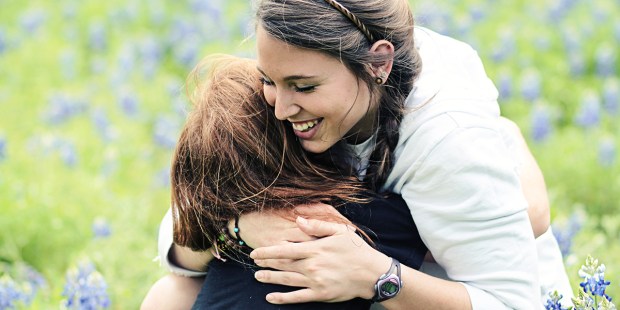 Science finds great benefits to having a sister … so take heart, parents!

Last week, my sister and I had a fight. Not just a little tiff, either — this was a knock-down-drag-out, no-holds-barred argument where we wielded our words like weapons in a way we haven’t done since we were teenagers.

And part of me just wanted to stay there and wallow in my shame and self-pity.

But the other part of me, the part of me that loves my sister and tries to be a good person, finally propelled me out of my shame-box and into my sister’s room, where I admitted that I was wrong and apologized.

I’m in good company, it seems — according to Goodfullness, it’s scientifically proven that having a sister makes you a better person.

The results of the 2010 study were published in The Journal of Family Psychology. It involved examining 400 families with multiple siblings; one of whom was between the ages of 10-14. Having a sister promoted positive mental health in their siblings.

The results also showed these brothers and sisters also had a greater capacity to empathize, communicate, and resolve conflicts. Laura Padilla-Walker, a professor in the university’s School of Family Life and the study’s lead author, said that even with all the fighting that may occur, “as long as they have affection, the positive will win out.”

I can unequivocally state that there was a lot of conflict between my sister and me growing up. We are total opposites — she’s neat, methodical, practically-minded, and not prone to emotional sensitivity. When it comes to relationships, she’s a problem-solver. I’m chaotic, haphazard, creatively-minded, and a human pinball machine of emotions. When it comes to relationships, I empathize.

Growing up together, we approached everything differently. Like most people, we each thought our approach was the right one because it was ours. But as we got older, we (slowly) learned to understand each other — or, at the very least, to respect each other’s perspectives and opinions. As adults, we usually value each other’s input and often come to each other with problems that we need help to solve.

I’m not gonna lie, my relationships with my sister and my brothers is a huge comfort to me as a parent. Knowing the potential outcome of sibling conflict and rivalry is incredibly helpful on days when I am ready to tear my hair out over my own kids’ constant bickering, and understanding the personality differences that come into play is invaluable as I try and guide them through solving their own arguments. Sure, some days I’m better at it than others, but the one thing I always have is hope that they will grow up and love each other as much as my siblings and I do — and that, like us, their childhood arguments will help make them better adults.