This Sunday’s feast is a reminder we need right now: God keeps his promises 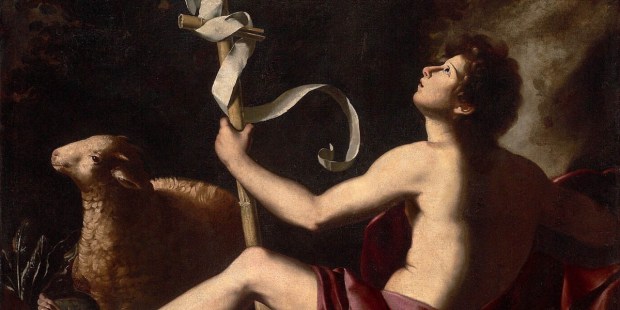 John the Baptist is more than an Advent figure and Jesus’ cousin. He’s a model for us, especially today

John heralded his coming by proclaiming a baptism of repentance
to all the people of Israel,
and as John was completing his course, he would say,
“What do you suppose that I am? I am not he.
Behold, one is coming after me;
I am not worthy to unfasten the sandals of his feet.” —Acts 13:24-25

Most of us think of Saint John the Baptist as an Advent figure, not a saint for “midsummer.” But the celebration of the nativity of John the Baptist ranks as one of a handful of select feasts which may be celebrated on the Sundays of Ordinary Time. It also has the distinction of being one of only three birthdays celebrated during the course of the Church Year (the other two being the birth of Jesus on December 25 and the birth of Mary on September 8.) The date for the feast, June 24, is based on Luke 1:36, which places the birth of St. John six months before the birth of Jesus.

In time, as devotion to John the Baptist spread and he became more popular, this feast came to be considered one of the most important liturgical celebrations of the year. In fact, it was so highly regarded, that the day before the feast was considered a day of fasting and in some countries, especially in Spain and Latin America, it is kept as a holy day of obligation. In the most recent reforms of the Roman Missal, a special Vigil Mass for the feast was reintroduced and should be celebrated on the evening of June 23.

As someone who loves the history of the Church’s liturgy, I find the stories of how feast days and seasons evolved to be an important part of the story of how our faith has grown through the centuries. But there is more to this feast than just a history lesson. The importance of this celebration lies in the figure of John the Baptist himself and in his role as a prophet, bridging the promises of the Old Testament with the fulfillment of those promises in Jesus.

This idea of fulfillment pervades the readings and prayers for this celebration. Reflecting on this theme, Henri Nouwen wrote,

It is this full time about which Scripture speaks. All the great events of the Gospels occur in the fullness of time. A literal translation from the Greek shows this clearly: When the time for Elizabeth had become full she bore her son John (Luke 1:57).

The life and message of John the Baptist remind us that God keeps his promises. In his own life, John proclaimed the One promised by God—the “Lamb of God, who takes away the sins of the world” (John 1:29)—reminding the people that what had been promised to their ancestors was fulfilled in God’s own good time. And this invites us to reflect on the ways that we take God’s promises to heart in our time. As liturgical scholar Enzo Lodi has observed,

From all those born of women, God chose John to prepare the way of the Lord. He was indeed more than a prophet because he not only preached repentance and conversion, but he actually pointed to Christ present in the midst of mankind.

As we confront the realities of suffering, injustice, exploitation, marginalization, and disintegration that fill our news broadcasts and social media feeds, the message of John the Baptist reminds us that God is at work, even now, bringing the promises of the beatitudes to fulfillment in our time. What Jesus promised to those who are meek, to those who mourn, to those who suffer for the sake of righteousness, and so on, are not promises for some far-away heaven. They are the blessings of the Reign of God which is present, here and now (cf. Luke 17:21).

John also reminds each of us that we too are called to be prophets, pointing out the presence of the Holy One in our own communities, parishes, and families. His clarion call broke through the noise, political unrest, and violence that typified life under Roman rule in first-century Palestine, helping people recognize the presence of Emmanuel, “God-with-us.” The invitation for us is to lift our voices, to join in the prophets’ calls for justice and peace and to help a war-weary world recognize the presence and promise of the Prince of Peace.

How does the story of St. John the Baptist invite you to reflect on how God keeps his promises to us?

Who are the prophets today who help us to recognize God’s action in the world and in our lives?

How do you promote the Reign of God in your family? Parish? Community?

Words of Wisdom: “A Christian does not announce himself; he announces another, prepares the way for another: the Lord.”—Pope Francis