Ethiopia-Eritrea: Finally hope for peace, after 20 years of war 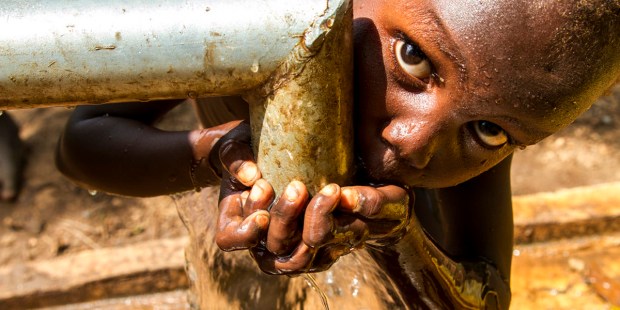 The president of Eritrea accepts the peace overtures of the new Ethiopian prime minister.

It’s sadly rare for encouraging news to come from the Horn of Africa. The news arriving from that martyred region—one of the poorest places on the planet, often subject to famine and drought—frequently tells of dramatic events, such as the new and very grave terrorist attack in Somalia, the outbreak of tribal conflicts on the border between Kenya and Ethiopia, or a new flareup of the conflict between small Eritrea (approximately 6.5 million inhabitants) and Ethiopia (with more than 100 million inhabitants, the second most populous country in Africa after Nigeria).

“A fight between bald men over the possession of a comb”

It’s precisely from this corner of land that a truly hopeful piece of news has finally arrived. On Wednesday, June 20, on the occasion of “Martyrs’ Day,” Eritrean president Isaias Afewerki announced that he is accepting the palm branch being offered by the Ethiopian prime minister, Abiy Ahmed Ali, and that he will send a delegation for peace talks. The head of Abiy’s cabinet answered saying that the delegation will be welcomed “warmly and with considerable goodwill,” as reported by Reuters.

Afewerki’s announcement is, beyond a doubt, a historic turning point in relations between the two “brother” countries, which from the beginning of May 1998 to the end of May 2000 fought a bloody border war, defined by some, as Il Corriere della Sera recalls, as “a fight between bald men over the possession of a comb.” This will be the first meeting of its kind since the outbreak of the war, which ended with the defeat of Eritrea and with tens of thousands of victims, the sources report.

Indeed, the exact number of victims caused by the fratricidal conflict is unknown. While the government in Asmara (the capital of Eritreia) declares that 19,000 of its soldiers were killed, more realistic estimates suggest a total number of 70,000 to 80,000 victims on both sides involved in the trench warfare. The violence also resulted in at least 650,000 internally displaced people. In 2000, for example, Ethiopia decided to expel 70,000 Ethiopians of Eritrean origin, because they were considered “a threat to national security.” The material damage done, especially to Eritrean infrastructure, was enormous.

The beginning of this turn of events was an initiative of the government of the new Ethiopian prime minister, Abiy Ahmed. The reform-minded politician, born to a Muslim father and an Amhara Orthodox Christian mother, announced last June 5 that he wanted to fully accept and implement the Algiers Peace Agreement, which ended the war between the two countries in December 2000.

The first politician from the Oromo people to govern the country also declared that he accepts the arbitration of the Eritrea-Ethiopia boundary Commission (EEBC). Created by the Hague after the Algiers Agreement, this international, neutral commission granted the contested territory of Badme to Eritrea in April 2001 with a “final and binding” decision. What had triggered the war in May 1998 was precisely the occupation of Badme by Eritrean armed forces.

Abiy’s gesture wasn’t completely unexpected. The day of his swearing in as prime minister, last April 2, he had already said he was ready to resolve the disagreements with Eritrea, and had made an appeal on Ethiopian state television to put an end to “years of misunderstandings.” “I call on the Eritrean government to take the same stand,” he said.

This is not the only gesture of openness made by the new prime minister.

He has met with various representatives of the opposition, and at the end of May the secretary general of the anti-government group Ginbot 7, Andargachew Tsige—condemned to death for “terrorism”—was set free, together with nearly 600 other prisoners. At the beginning in June, the government announced the awaited suspension of the “state of emergency” which was proclaimed last February.

Nonetheless, tensions remain high in the country. This is reflected by the grenade attack carried out on Saturday, June 23, in Addis Ababa during a political rally in support of the prime minister. Local sources speak of at least one fatality and more than 150 wounded; Abiy has attributed the attack to “forces who do not want to see Ethiopia united.”

A long and arduous path

There is no doubt, therefore, that the hand of peace held out to Eritrea by the Ethiopian prime minister is just a first, albeit important, step on a road that could be long and arduous, even “rocky,” as Martin Plaut writes at African Arguments, and not just because various technical questions have yet to be resolved.

Abiy’s decision to implement the Algiers Agreement and to renounce, for example, the city of Badme is unpopular in northern Ethiopia, especially in the Tigray region, which borders on Eritrea. As reported by the website Africanews.com, protests took place in the Irob district of Tigray in the days after the announcement. Also, a member party of the current governing coalition, the Tigrayan People’s Liberation Front (TPLF), has criticized the proposal, even condemning it as “antidemocratic,” according to the BBC (June 14).

In the city of Badme itself, where many Ethiopian veterans from the war live, the reactions are negative. “Why did we fight for it then to just give it away? All this sacrifice for nothing? For this?” a veteran said. For many inhabitants of Badme, continues Africanews.com, ceding the city to Eritrea “is an insult to the living and the dead.”

For Eritrean president Afewerki, who has been in power since 1993, signing peace with Addis Ababa isn’t without internal political risks. The power of Asmara’s strongman “was founded on, and strengthened in recent years precisely by, opposition to the enemy to the South,” reminds Marco Cochi on the site Eastwest.eu. But these are minimal risks, according to the Africanist and professor at Link Campus University, if compared with the social, political, and economic advantages that would derive from a peace agreement.

Indeed, a definitive peace with Ethiopia would allow Eritrea—one of the poorest countries in the world, with a life expectancy at birth of just 63 years (vs. 78.7 years in the USA (2015)) and a Human Development Index of 0.39 (the USA has an HDI of 0.92)—to reduce its defense spending and to eliminate the obligation of all citizens under the age of 50 to serve in the military for an indefinite period of time, which according to Amnesty International “has created a generation of refugees.”

According to the United Nations High Commission for Refugees (UNHCR) in its latest report, Global Trends. Forced displacement in 2017, issued last June 19, Eritrea is in ninth place on the list of countries with the greatest number of refugees: 486,200, of which approximately a third (164,600) have found refuge in Ethiopia. The latter country is ninth on the list of countries that are hosting the highest number of refugees; at the end of 2017, they totaled 889,400.

Sealing the peace with Ethiopia would also constitute a “bonus” for Eritrea on an international level. The country, sometimes referred to as “The North Korea of Africa,” has a terrible reputation in the area of human rights. The United Nations Security Council has, on various occasions, imposed sanctions on Eritrea, accusing it of collaborating with various rebel groups in the Horn of Africa region.

It must not be forgotten either that the two countries have fought a proxy war in Somalia, where the Asmara regime has supported the infamous al-Shabaab militia. Consequently, the entire Horn of Africa would benefit from a definitive peace between Addis Ababa and Asmara. And this is perhaps the best news.