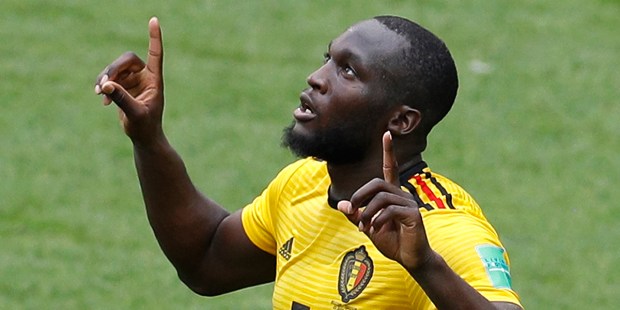 When Belgium player Romelu Lukaku takes to the pitch during this World Cup, it will be the answer to his prayers.

Lots of boys dream of being a soccer star for all the fame, glory, or love of the sport. But one world-class soccer player, Romelu Lukaku, decided he was going to be a soccer champion at the tender age of six so his impoverished parents wouldn’t have to go without electricity or water down their milk, ever again.

In a powerful interview shared on The Players’ tribune, the Belgian striker explained a childhood incident that affected him so profoundly it would ultimately determine his future:

On his lunch break from school, Lukaku returned home to find his mom making his meal: it was always bread and milk — it also happened to be his first meal of the day as the family never had breakfast. He caught his mom adding water to the milk and he realized then and there that they weren’t just poor, but broke. His father had no money left from his professional soccer career and his mom didn’t have a job. They went without electricity for weeks on end, and a cup of hot water would become a make-shift shower.

With this realization Lukaku remained quiet, not wanting his mother to “stress.” He ate his watered-down milk, but he remembers that moment like yesterday: “… I made a promise to myself that day… I knew exactly what I had to do, and what I was going to do.”

Soccer was the answer.

Determined to give his mother a better life, he summoned up all his strength and prayers to make sure it would happen.

“I remember sitting in the dark with my brother and my mom, saying our prayers, and thinking, believing, knowing … it’s going to happen,” Lukaku says.

The devout Catholic, who still reads his Bible three times a day, shared his promise to the rest of his family when he returned home from school one day to find his mom crying. He told them of his plan to play for a top Belgian team. He just didn’t realize at the time that he’d have to be a little older than six!

When his dad told him he’d have to wait until he was 16 to start a professional career, he wasn’t put off. In fact he states that right back in kindergarten “every game I ever played was a final.” The incredible drive and motivation in a child so young simply came from his love and devotion to his mother.

With each passing year, the young Lukaku reached his goals — quite literally — by increasing his scoresheet: at 12 he scored a huge 76 goals in 36 games. While his inspiration was clear, he was further motivated by a promise he made to his grandfather, who lived in Congo, where both his parents were originally from. “Can you look after my daughter please?” Lukaku’s grandfather asked him. A confused Lukaku reassured his grandfather that everything would be okay. His grandad died five days later.

Just four years later, at age 16, the mental strength combined with his need to keep his promises, Lukaku signed to the impressive Belgian team, Anderlecht. In the decisive end-of-season play off, a young teen debuted his professional career by stepping out as a substitute as his friends watched in amazement. Lukaku shared: “We lost the final that day, but I was already in heaven. I made good on my promise to my mother and to my grandad. That was the moment I knew we were gonna be okay.”

The now-25-year-old striker continues to impress, playing for one of England’s top teams, Manchester United, and is also representing his native Belgium in this year’s World Cup. As he continues to look after his mother, he’s also nurturing his faith. He made a pilgrimage to Lourdes in 2014. The young soccer player is also quick to make the sign of the cross when he gets the ball in the net — which, with his God-given talents, happens a lot.