How mindfulness helped me overcome infertility 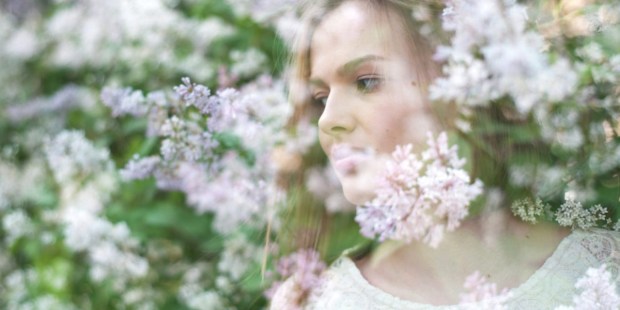 This practice, combined with prayer, helped my mental state and my body.

My fertility journey was relatively short — at least compared to some women. For me, it took a little under two years of hoping, doubting, waiting and praying before my first son announced his presence in my womb with a giant wave of unmistakeable nausea.

The experience of struggling to have a child was isolating — I felt like we were the only couple that wasn’t getting pregnant on the first try. I was in my mid-20s, healthy, and happily married — the circumstances all seemed “right,” and yet something wasn’t working. It was maddening and heartbreaking. It seemed there were people all around us who didn’t even have parenthood on their radar and yet they were suddenly blessed with unexpected miracles. Though I felt extremely alone, the truth is that millions of men and women struggle with infertility every year. According to the CDC, over 12 percent of American women ages 15-44 have impaired ability to get pregnant or carry a baby to term. Infertility is incredibly common, and yet it tends to feel terribly lonesome.

I made every effort to cope with the fact that I was unable to become pregnant. For a long time I tried to just ignore my distress — all to no avail. Each month that went by with no baby interfered with my life, my ability to focus on my work, even my marriage. I felt envious of people who apparently got pregnant with no effort at all, and I hate to admit that sometimes it was difficult to be truly happy for them. Not to mention, I felt like there was something wrong with me — that maybe for some reason I just wasn’t fit to be a mother.

An eccentric colleague of mine began mentioning mindfulness. I was stressing about something at work, and this person suggested that what mattered most was the moment right in front of me. I was a practicing Christian, though I hadn’t connected living out my faith with the practice of mindfulness. I wasn’t quite sure what it meant for my mental state, or how it could help me deal with months and months of unexplained infertility. I didn’t even really know what the word meant (in fact it seemed a little too new-agey and pseudo-spiritual for me) but nonetheless, I tried the technique, along with prayer, as a defense mechanism against my loneliness and sadness.

If you’re like me and wondering if “mindfulness” is an appropriate practice for a practicing Christian, hang with me for a minute. Mindfulness isn’t a religion or even a meditation; it’s simply a calm acceptance of whatever moment we find ourselves in; a conscious awareness of the reality that’s before us. A deeper look at mindfulness reveals that it’s simply a practice by which we can exercise our faith.

Dr. Gregory Bottaro of the CatholicPsych Institute and author of The Mindful Catholic writes that Christian mindfulness is “simply learning how to control our focus so that instead of paying attention to the fantasies we create in our imagination, we pay attention to the reality that is occurring outside of the space between our two ears.”

He continues, saying, “Instead of just saying, ‘I trust God,’ we can put our minds behind our words. When we ruminate about the past or future, churning worries or regrets over and over in our minds, we are acting as if we are in control and we need to figure everything out. If we want to make an act of trust in God, we can try to let go of that false control, and focus our minds on the realities of the present moment instead.”

In my worst moments of fear and despair, while I pored over fertility books and internet sites full of tips on how to get pregnant, I wasn’t always fully trusting God — and it was difficult to keep my mind still and focused on the reality of the moment.

But the moments when I did stop, breathe, and accept the fact that God hadn’t given me a child yet — instead of sending myself into a frenzy trying to figure out why — were a revelation in peace and calm. I focused on the things I was thankful for: I was employed, married to a supportive and loving man, I had good friends and family, and a solid church.

I didn’t know the reason that God hadn’t granted me a baby, but with mindfulness and prayer, I stopped the endless, anguished questioning that was causing me so much distress. I spent a lot of time in prayer during that time, and while, yes, I did my fair share of begging Him for a child, my prayer life went beyond just repeated asking. I went deeper with God, I began to know Him more, and each time I went to Him in either sadness or questioning, He met me with more of Himself.

I wouldn’t have chosen to go through months of unexplained infertility, and I wouldn’t wish the pain of it on anyone. But I don’t believe the time I spent waiting to become a mother was wasted. Through being mindful and accepting of my situation, I was able to come to God in authentic prayer, and thus my relationship with Him was strengthened. While those months were uncomfortable and distressing, I truly wouldn’t change them, even if I could. Next time I go through a difficult season of suffering (and there is always another season), I’ll remind myself of the growth I experienced through infertility, and prayer and mindfulness will be my first defenses.