Justice Anthony Kennedy announces that he will retire from Supreme Court 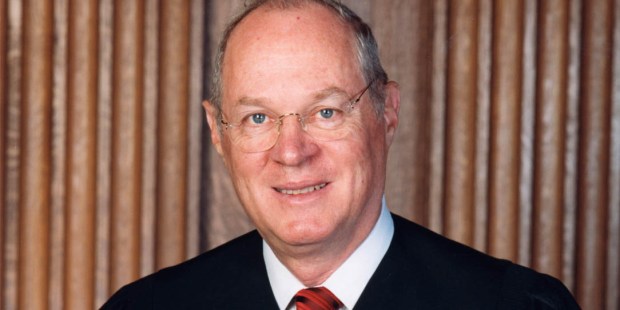 Justice Anthony M. Kennedy, often considered the “swing vote” on the United States Supreme Court, announced Wednesday that he will retire from the bench. The announcement gives President Donald J. Trump a chance to name a second jurist to the high court and to solidify the conservative majority.

The 81-year-old Kennedy was appointed by President Ronald Reagan in 1987, a compromise candidate after the Senate voted down the nomination of Judge Robert Bork. But while some of Kennedy’s votes on the high court reflected a moderate conservative bent, such as in cases dealing with the Second Amendment and voting rights, he was the court’s leading champion of gay rights, casting the deciding vote on the constitutional right to same-sex marriage. He has joined his liberal colleagues in cases on abortion, affirmative action and the death penalty.

He wrote the majority opinion in Citizens United, which allowed unlimited campaign spending by corporations and unions, and he joined the majority in Bush v. Gore in 2000, which effectively decided the presidential election in George W. Bush’s favor.

Leonard A. Leo, an adviser to Trump on judicial nominations and a proponent of originalism, told the Washington Times that he expects that the person nominated to take Kennedy’s place will be like Gorsuch. The Federalist Society, of which Leo is executive vice president, and the Heritage Foundation drafted a list during the 2016 campaign of nearly two dozen picks for Trump to select from when filling vacancies on the high court.

“President Trump’s list of potential nominees for this vacancy includes many of the very best judges in America, judges who have records of being fair and independent and applying the Constitution as it was written,” Leo said.

FOX News Sunday host Chris Wallace said on Sunday that Leo has helped get four justices on the court. “He organized conservative support for Clarence Thomas and John Roberts and Sam Alito, but his role increased dramatically when candidate Trump asked him to draw up a list of potential nominees,” Wallace said.

Kennedy is the second oldest member of the court, after Ruth Bader Ginsburg, 85. Stephen G. Breyer is 79.

Family Research Council President Tony Perkins predicted that the retirement of Justice Kennedy will turbocharge the evangelical vote this fall.

“Following a series of 5-4 decisions regarding such fundamental freedoms as religious freedom and speech, today’s announcement of Justice Kennedy’s retirement will turbocharge this fall’s election.

“In a closely divided U.S. Senate, every vote matters,” said Perkins in a statement. “If values voters needed a reason to engage in this election cycle—they certainly have it now. The American people are looking for yet another Supreme Court nominee in the mold of Justice Scalia as President Trump promised and delivered in Justice Gorsuch.”

Lila Rose, founder and president of the pro-life group Live Action, commented in a statement, “If the next justice supports the basic human right to life for all people, we could see the horrific, immoral, and unjust 1973 decision in Roe v. Wade overturned.”

Rose said that Kennedy’s opinions showed that he supported Roe “while neglecting to affirm the most basic human right of life.”

“An opportunity to appoint a new justice to the court may mean restored constitutional protections for all human beings, born and unborn,” she said.

But the Freedom From Religion Foundation sounded an alarm and suggested a strategy similar to the Republicans’ refusal to take up President Barack H. Obama’s nomination of Merrick Garland before the 2016 presidential election.

“The opposition in Congress absolutely must do what it can to ensure that confirmation hearings and votes on Kennedy’s replacement are delayed until after the winners of the fall congressional election have been sworn in,” said a statement issued by the foundation. “The Democrats have every reason to insist upon this. We all remember that phony and despicable phantom excuse that let the Federalist Society steal Merrick Garland’s place on the high court with one of its handpicked nominees, Neil Gorsuch. Within hours of Justice Antonin Scalia’s death in February 2016, Senate Majority Leader Mitch McConnell smugly announced no vacancies should be filled on the court until after the presidential election that November. Many news stories and opinion pieces were published yesterday pointing out how that stolen seat had made possible yesterday’s court vote affirming the Muslim ban, for instance.

“It is reasonable to delay confirmation hearings with a crucial congressional election not even five months away,” the foundation said. “There’s no sugarcoating the game-changing nature of Kennedy’s announcement.”