Marriage is good for your heart, and not just metaphorically 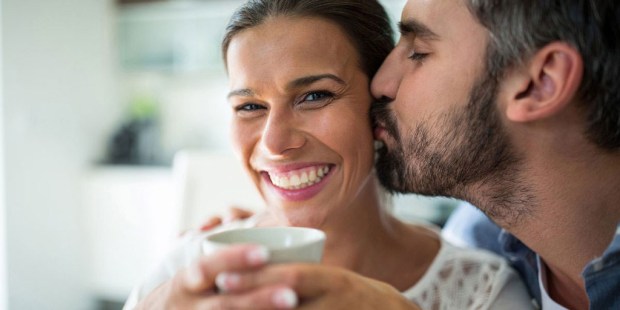 English doctor William Farr (1807-1883), considered one of the fathers of medical statistics, was more right than he knew when in 1853 he concluded that “marriage is a healthy estate.” In April 2010, Tara Parker-Pope, in a New York Times article, explained that Farr was was one of the first scholars “to suggest that there is a health advantage to marriage and to identify marital loss as a significant risk factor for poor health.” “The single individual is more likely to be wrecked on his voyage than the lives joined together in matrimony,” wrote the epidemiologist in a study on the “conjugal condition” of the French.

Farr’s intuition was confirmed by a study published this month in Heart, an official journal of the British Cardiovascular Society. The study was carried out by researchers at Keele University, of Staffordshire, England, in collaboration with other institutions, including the University of Aberdeen, in Scotland, the University of Arizona College of Medicine in Phoenix, Arizona, Macquarie University in Sydney, Australia, and King Fahd Armed Forces Hospital, Jeddah, Saudi Arabia.

The meta-analysis, for which the Keele University researchers examined the date from 34 earlier studies, dealt with data from more than 2 million patients in various countries around the world, including Canada, China, Finland, Israel, Russia, and Spain, over the period from 1963 to 2015 (52 years).  The results showed that being married is good for your heart, and not just in a metaphorical sense.

“While 80% of the risk for future CVD (cardovascular disease) can be predicted from known cardiovascular risk factors such as old age, male sex, hypertension, hyperlipidaemia, smoking and diabetes mellitus, the determinants for the remaining 20% risk remain unclear,” explains the study in its introduction. Marital status could account for part of the remaining 20%.

According to The Telegraph, Prof. Mamas Mamas, the senior author of the study, and Professor of Cardiology at Keele University, said, “Our work suggests that marital status should be considered in patients with or at risk of developing cardiovascular disease, and should be used alongside more traditional cardiac risk factors to identify those patients that may be at higher risk for future cardiovascular events.”

Why is this the case?

Everything seems to indicate that the fact of being married exercises a “protective” effect on cardiovascular disease. But why is this the case? The article published in Heart suggests some possible mechanisms.

First of all, married people have the support of their spouse. Living with a partner makes it easier to recognize earlier and respond faster to symptoms that are warning signs of a cardiovascular event. The study showed that unmarried patients tend to take longer to seek medical assistance.

In addition, spouses—and wives in particular—encourage healthy behaviors and lifestyles. The meta-analysis also showed that, in comparison with married people, single people are twice as likely not to strictly follow the treatment prescribed by doctors.

Married couples also normally have greater financial resources, especially marriages in which both spouses are employed. Another benefit of being married might be increased participation in rehabilitation after a cardiovascular event.

“Our findings suggest that marriage has a protective effect on cardiovascular diseases, however, this could be attributed to the additional social and emotional support provided by having a spouse,” said lead researcher Chun Wai Wong, a cardiologist at Royal Stoke Hospital, Stoke-on-Trent, UK.

Among the various previous studies analyzed by the experts at the University of Keele, one that stands out is a Spanish study directed by Dr. Luciano Consuegra, cardiologist-hemodynamist at the Santa Lucía General University Hospital in Cartagena, Murcia (Spain).

Dr. Consuegra’s team realized that after a myocardial infarction widows tended to die faster than married people with the same condition. Based on information on 7,400 patients treated at two hospitals in the region of Murcia, it appears that widows had a 30% greater chance of of premature death.

“We saw, for example, that widows took 40 minutes more than married people to go to the hospital after detecting the first warning signs of a heart attack, such as chest pain,” the doctor told the newspaper El País. According to Consuegra, however, the benefit is not specifically correlated with the fact of being married, but rather with “being accompanied.”

Wearing a wedding ring also offers a sort of “bonus” against the incidence of chronic degenerative diseases, particularly dementia. This is the result of a study published last November in the Journal of Neurology, Neurosurgery, and Psychiatry, and carried out by a team of researchers at University College London (UCL), studying the link between marital status and the risk of dementia. In fact, the scientists, including Dr. Andrew Sommerlad, a psychiatrist at UCL, think that there could be a “direct cognitive benefit of being married.”

The study, which analyzed the results of 15 separate studies containing data on 812,047 people from Europe, America, and Asia, shows that people who remain single throughout their lives have a 42% higher risk of developing dementia than do married people. Widows also are at higher risk, although somewhat less: 20% higher than married people, reports The Independent.

According to the authors of the study, the 42% increased risk of developing dementia among lifelong single people is comparable to other risks factors for dementia included in the guidelines of the National Institute for Health and Care Excellence, such as physical inactivity, less education, hypertension, and smoking.

Here too, there could be multiple causes for the benefits of being married , according to Laura Phipps of Alzheimer’s Research UK. “People who are married tend to be financially better off, a factor that is closely interwoven with many aspects of our health,” Phipps explains. “Spouses may help to encourage healthy habits, look out for their partner’s health and provide important social support.”

“We also think it’s possible to develop brain capacity, which is called cognitive reserve, to allow you to withstand damage within the brain for longer. You might be able to do that by having more of an education and maintaining an active mental and social life,” said Dr Andrew Sommerlad, a psychiatrist at UCL and one of the study’s researchers.

Therefore, even if marriage isn’t all a rose garden—on various occasions, Pope Francis has made allusions to plates flying —tying the knot can still be a kind of life insurance.