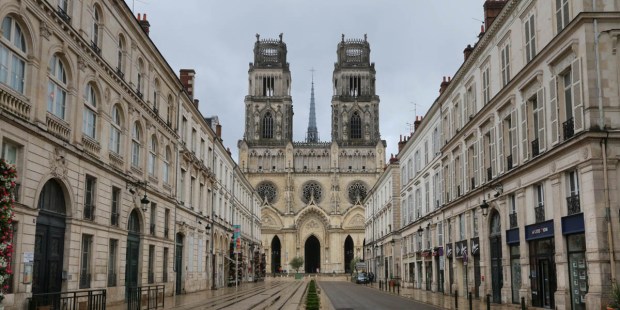 On the occasion of the Tricentennial of the founding of the city of New Orleans, the Old Ursaline Convent Museum, located in the city’s historic French Quarter, is hosting an exhibit that tells the story of the city’s Catholic history from 1718 to today.

The heart of the exhibition, which is open through the summer of 2019, focuses on the St. Louis Cathedral, the oldest cathedral in North America. Its prominent location facing a city plaza is unique among Catholic churches in the United States, and is a reminder that the city was once part of Catholic France. Visitors learn about the story of the church from letters, photographs and artifacts that tell the story of 300 years of Catholicism in the Big Easy.

1721 – Fr. Francis-Xavier de Charlevoix, S.J, toured New France from the Lakes to the Mississippi, and visited New Orleans. He described “a little village of about one hundred cabins dotted here and there, a large wooden warehouse in which I said Mass, a chapel in course of construction and two storehouses.”

1789 – St. Louis Cathedral built on the site of an earlier Catholic church.

1800 – Spain and France signed the secret Treaty of San Ildefonso, stipulating that Spain give Louisiana back to France.

1803 – Napoleon sold Louisiana (New France) (which then included portions of more than a dozen present-day states) to the U.S. in the Louisiana Purchase. A French prefect, Pierre Clément de Laussat, who had just arrived in New Orleans on March 23, 1803, formally took control of Louisiana for France on November 30, only to hand it over to the U.S. on December 20, 1803.