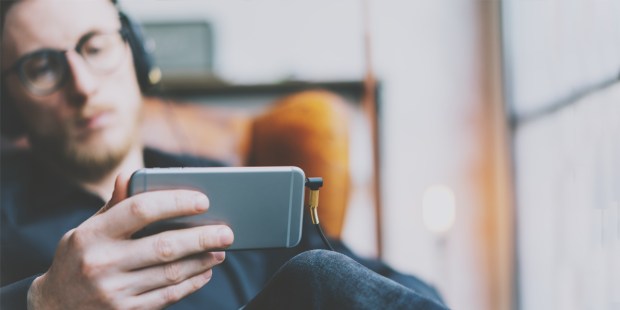 Gallup poll finds more Americans than ever are OK with pornography.

Every month or so – less often, now that some of us are married — my oldest friends and I get together for a few hands of poker. We’ve known each other since elementary school so we’re comfortable admitting to our flaws or quirks with each other, even if we know we’ll get a certain amount of chaff or rowdy belittlement for our confessions. A few months ago, however, one of our group said something that was met with a rare thing to find in a gathering of drinking Millennial men: silence.

According to a recent poll by Gallup, it has. Earlier this month the research group released a study that found “Americans’ views regarding the moral acceptability of pornography, which remained relatively stable for much of this decade, rose significantly this year.” A 7 percent increase was seen across the board; that’s on both sides of the aisle, in both genders, surprisingly, and for all ages.

However, by far the largest increase, at 11 percent, was seen in unmarried men ages 18-34. In other words, Millennials.

Gallup had no clear answer as to why they saw such a sharp increase from last year, but if Billy is any indicator, I would say it is because pornography has become a social norm – so much so that people are comfortable watching it in public.

As for how we got here, I suspect it is partly due to a deep psychological wound cut into my generation by the prevalent availability of pornography in the late 90s and early aughts.

Those years, our most formative, saw the rise of file sharing programs like LimeWire and Kazaa, which disseminated pornographic videos and images to thousands of children whose parents were not yet savvy enough to know all the ways kids could hide what they’d downloaded.

As the internet evolved, it gave way to new sites mimicking YouTube in its social community design and sharing of free media. There are an abundance of websites like this, where communities have actually formed around pornography. In these circles people who watch and make videos can find acceptance with others who have the same propensities. This has effectively normalized something that was once taboo, and not even spoken about openly.

Our era, which is all about instant gratification, doesn’t help We’ve become accustomed to never having to wait for whatever we want, and this has impacted young unmarried men who – were we to do it right (dating, engagement, marriage) – face potential years of self-denial, when they have been accustomed to a “quick fix” on a daily basis.

Add to that the crippling student debt, the job markets that disappeared just as we were starting our careers, and the often ridiculous cost of weddings and it becomes clear why some might content themselves with the habits they have developed in youth and leaned on their entire lives.

What can be done?

“I think there’s not a substantial difference between a lot of mainstream culture and pornography … whether it’s rated X or approved by the FCC for general viewing audiences, the message is the same. We have a tendency in our culture to take people and treat them like things.”

“It is important to remember that no matter what you have done, you retain your dignity as a son or daughter of God, loved by the Father. What sin has disintegrated, grace can reunite and make whole. Thanks be to God for his great gifts of mercy and healing!”

So, yes, there is hope for Billy. But he has to want it.