Where are the more than half a million “invisible” children? 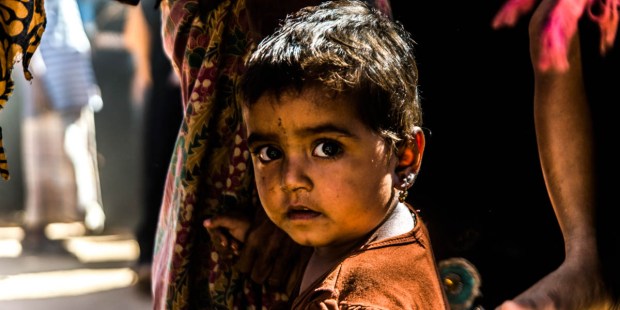 A UNICEF report sounds the alarm.

If the international community wants to reach the (not legally binding) Sustainable Development Goals (SDGs) for children by 2030, it had better go into turbo mode.

This is, in brief, the gist of an article published by L’Osservatore Romano in its recent June 23-24 edition (reprinted by the news aggregator site Il Sismografo), in which the Vatican newspaper examines a UNICEF report titled Progress for Every Child in the SDG Era.

Although the report isn’t new—it was published last March—it was the United Nations Children’s Fund (UNICEF) itself that called attention to the document on June 22. It’s the first report of its kind to focus on the progress made towards achieving the SDGs for children.

A first important and worrying fact that emerges from the UN report is that the data needed to make it possible to evaluate the progress made towards the goals set by the international community is not available.

In fact, UNICEF warns, there are 520 million—more than half a billion—”invisible” or “ghost” children, who are left out or ignored by the statistics because they live in 64 countries where data is completely missing for at least two thirds of the SDG indicators regarding children or minors.

In addition, the 104-page document says, more than 650 million children (nearly a third of the children in the world) live in countries that, without an acceleration of progress, will be off track to reach even two thirds of the SDG indicators for children.

The UN report, which covers five general aspects or dimensions of children’s rights—health, learning, protection from violence and exploitation, equal opportunity and safe environment—gives particular attention to the fight against infant mortality.

The Sustainable Development Goal of the United Nations is to reduce the rate of child mortality among children under 5 years old to 25 deaths or fewer for every 1000 live births, and to put an end to avoidable deaths in this age range.

“If current trends continue,” the report states, “globally, some 60 million children under 5 will die between 2017 and 2030 from largely preventable causes—but meeting the target would avert 10 million of these deaths. More than half of these deaths will occur in sub-Saharan Africa, and close to a third in South Asia.”

To reach the goal of reducing neonatal mortality by 2030, nearly 40 countries are required to at least double their current rate of progress, the report warns.

Improving skilled assistance for labor and childbirth contributes to the reduction of neonatal mortality. As the UNICEF report relates, “1 in 5 births occur in countries that need quicker progress to achieve universal coverage of skilled birth attendant by 2030.”

If current trends continue, nearly 11 million babies will be born in 2030 in Eastern and Central Africa without the support of a skilled attendant. The entire region must expand this coverage at a rate six times faster than the current average rate of change, explains UNICEF.

Although the adolescent birth rate dropped worldwide, from 56 births for every 1,000 adolescent girls ages 15-19 in 2000 to 44.1 in 2015, the local rate remains very high in some regions of the globe. While in Latin America and the Caribbean the rate is 64 births for every 1,000 girls from 15 to 19 years of age, in Sub-Saharan Africa it’s more than twice the global average.

“Adolescent pregnancy can lead to a range of adverse physical, social and economic outcomes,” the report explains. In 2015, the leading cause of death among girls from 15 to 19 years old was precisely problems related to maternal health conditions, such as hemorrhage, sepsis or obstructed labor: Ten out of 100,000 deaths occur in that age range worldwide, and nearly 36 out of 100,000 in low- and middle-income African countries, the UN agency reports.

Although globally there has been a drop in the number of child marriages over the past decades, UNESCO points out that progress is currently too slow to be able to put an end to the practice by 2030.

The report explains that “at the rate of progress since 1990, it would take nearly a century to eliminate child marriage worldwide. Even at the faster rate of decline in the past decade, it would take half a century.”

UNICEF projects that between now and 2030, 150 million girls will get married before turning 18 years old.

The only exception to the rule is Sub-Saharan Africa, where the numbers have gotten worse for both water and sanitation. With the exception of West and Central Africa, the number of people who practice open defecation also declined.

Henrietta Fore, UNICEF executive director, writes in the report’s preface: “The Sustainable Development Goals embody our highest aspirations for a better world – and reflect our greatest responsibility as a global community: To provide children and young people today with the services, skills and opportunities they need tomorrow to build better futures for themselves, their families, and their societies.”

The first thing that needs to be done is collect data, suggests the UNICEF Director of Data, Research, and Policy, Laurence Chandy. “The world must renew its commitment to attaining the SDGs, starting with renewing its commitment to measuring them,” he said on the occasion of the publication of the report last March 7.

“Two years ago, the world agreed on an ambitious agenda to give every child the best chance in life, with cutting-edge data analysis to guide the way,” Chandy said.

“Yet, what our comprehensive report on SDG progress for children reveals plainly is an abject lack of data. Most countries do not have the information even to assess whether they are on track or not. Children around the world are counting on us – and we can’t even count all of them,” he said.