Who are the 14 new cardinals? 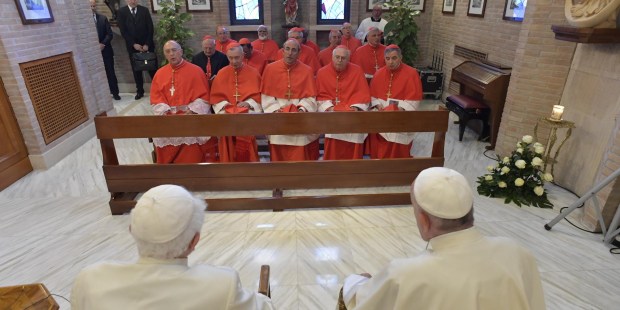 This new batch of red hats includes the leader of the pope’s charity office, one of the “long arms of the pope”

Pope Francis has brought 14 more men into the College of Cardinals, continuing with his practice of making the college reflect the “peripheries” of the Church. The group includes prelates from Madagascar, Japan, and Pakistan — and, notably, the “papal almoner,” Polish Archbishop Konrad Krajewski.

This last selection will be, the pope says, the beginning of a new precedent.

In an interview with Reuters last week, he said:

It think there are two long arms of the pope – that of being custodian of the faith, and there the work is done by the Congregation for the Doctrine of the Faith, and the prefect has to be a cardinal.

And the other long arm of the pope is the almoner, and there must be a cardinal there. These are the two long arms of the pope – faith and charity.

Taking a look at the stories of these pastors, we see men who have taken up the plight of the poor, of Christian minorities, and of the mission to bring the Church to the margins.

Here are a few biographical details about the 14 new “red hats.”