5 Immigrants who made American movies better 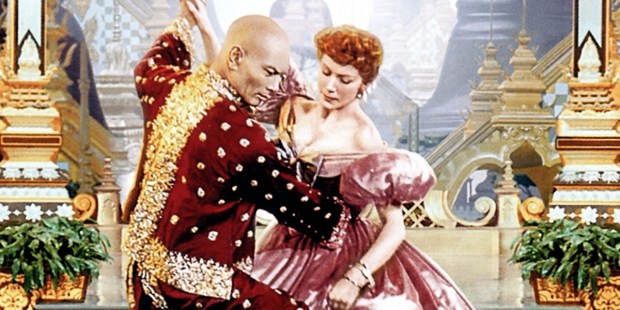 From silent classics to modern-day blockbusters, films ere enriched by actors from around the world.

The United States is a country forged of foreigners. We came from every point on the globe, crossing land bridges and turbulent seas, to find a refuge far away from our original homelands. Some of our ancestors didn’t come of their own free will, but many did — lured by the promise of a country founded on inalienable rights, one in which they could clear their own trail, plant their own crops, and create their own destiny. Free from the suffocating class structures found in Europe and Asia, these idealistic immigrants saw, in America, a place to become the men and women God made them to be. And to offer, as we shall see below, a better life for their children.

Sure, things have changed a bit here in the 240 or so years since Thomas Jefferson penned the Declaration of Independence. But still, if you have the talent and drive, you can still do some pretty amazing things. And one place that dynamic is obvious is Hollywood — the symbol of American showbiz. Immigrants from around the world have enriched the most quintessential of American industries in remarkable ways over years. Let’s take a look at some of them …

The most famous star of the silent screen era was born under the unwieldy name of Rodolfo Alfonso Raffaello Pierre Filibert Guglielmi di Valentina d’Antonguolla in Castellaneta, Italy, in 1895. While always known for his good looks even as a child, Rodolfo was rejected for military service because of his alleged frailty, and he had a dickens of a time finding other work. So in 1913, he decided to leave for America and … well, initially didn’t meet with much more success stateside.

In her book Dark Lover: The Life and Death of Rudolph Valentino, Emily Leider says that Valentino once bussed tables at New York’s famed Murray’s restaurant, but was fired. He lived on the streets for a while, sometimes going back to Murray’s for a little free food from his friends.

But his luck changed when he moved to Los Angeles. Encouraged to try to make a go of it in film, Valentino parlayed his grace and good looks into making a living as a bit player by 1919. Then, in 1921, he starred in The Four Horsemen of the Apocalypse and, later that same year, The Sheik, and everything changed. For five years he was America’s most glamorous film star. He might’ve been successful for decades more, had he not died suddenly from peritonitis. More than 100,000 people allegedly attended his funeral.