Chicago’s Catholic Charities opens showers and laundry for the homeless 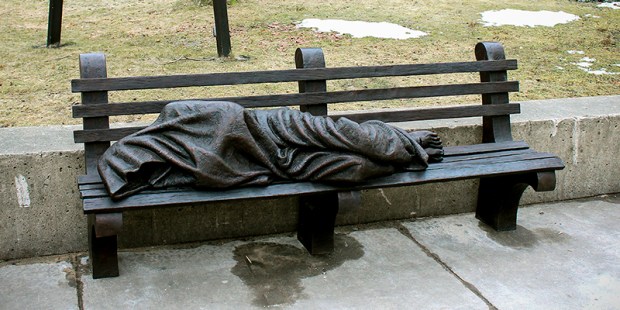 Catholics of Chicago respond to Pope Francis’ petition to aid the poor.

In celebration of its 100th anniversary, Catholic Charities of the Archdiocese of Chicago (CCAC) has opened facilities where homeless people can shower and wash their clothes. CCAC also opened a new kitchen to serve those in need. The dedications come after Pope Francis opened similar shower facilities in St. Peter’s Square in 2015 and and a launderette in 2017.

“As we close our 100th anniversary year, we are celebrating an expanded and deepened commitment to the city’s poor, the often homeless residents who come to this site in the shadow of skyscrapers and are welcomed as brothers and sisters. We are inspired and energized by Pope Francis, who just a few days ago, issued a message for the World Day of the Poor titled ‘The Poor Man Cried, and the Lord Heard Him.’ The Holy Father recognized that care of the poor must extend beyond sustenance to services that recognize and support the dignity of each human being.”

Msgr. Boland went on to explain that while clean water and a chance to bathe are taken for granted by many, homeless people often find such basic human amenities out of reach.

Currently, the showers are only available for a few hours on Wednesdays, when volunteers are present to greet guests and escort them to the dressing room. The homeless who come are offered a fresh change of clothes and toiletries for showering, brushing teeth, and shaving, and are allowed half an hour in one of two showers.

Msgr. Boland noted that they would like the showers to be open more frequently, something that would be possible if more volunteers donate their time.

Prior to opening, concerns had been raised about liability along with other issues; however, Msgr. Boland was thrilled to report, “It went perfectly. Sometimes you do have to approach it like a little child and have faith.” He added, “The people who have used it are profoundly grateful.”

CCAC did an outstanding job taking the initiative, but the good work they do would not be possible if not for the good will of the community. Local hotels and restaurants donated toiletries, towels, food and supplies, and even china plates, so guests do not have to eat off of disposable dishes.

To close the dedication, Msgr. Boland reaffirmed Catholic Charities’ mission: to serve everyone in need.

“We serve all who come here,” he said. “We do not proselytize or preach. We do not do this because they are Catholic, or we hope they will become Catholic. We do it because we are Catholic, and we are witnessing to our faith.”

If you would like to take part in the outstanding work of Catholic Charities of the Archdiocese of Chicago, you can contact them on their website, or visit them at the St. Vincent Center, 721 N. LaSalle St.