When our wealth, status, and resources are simply not enough 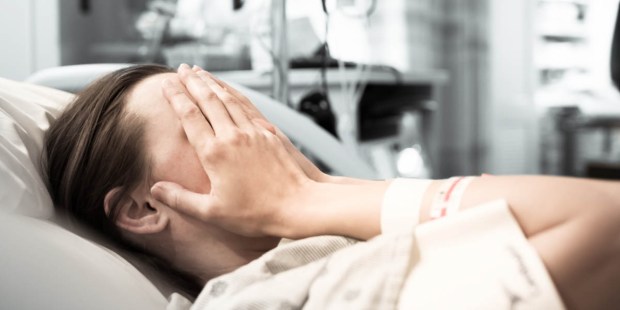 Illness and death are the great equalizers. This Sunday’s Readings show how God is bigger than all of it

When they arrived at the house of the synagogue official,
he caught sight of a commotion,
people weeping and wailing loudly.
So he went in and said to them,
“Why this commotion and weeping?
The child is not dead but asleep.”

Anyone who has sat at the bedside of a sick or dying loved one knows the anguish of silent waiting. There is a sense of inevitable helplessness as we watch the one we love, painfully aware of our own limitations. These moments bring into harsh focus how powerless we really are and can become a special kind of hell, especially when medical professionals are unable to offer their assurance that everything will be “okay.” Even for people of faith, these times can test our trust in a God that we have been told loves us and who wants none of his children to suffer or be lost.

For those of us who have faced serious or life-threatening illnesses, the feelings of pain, isolation, and helplessness can be just as pronounced, if not more so. Our world can be reduced to our pain, becoming small and limited to the experiences of suffering we face as we live moment to moment.

I remember an encounter that I had a decade ago with a young woman—I’ll call her Kayla—who had been hospitalized because of a serious infection related to her HIV status. She had been placed in isolation in the local hospital. When the nursing staff asked me to visit, I was informed of her condition in the most general terms and told that I would need to follow the hospital’s protocols for patients in isolation by wearing a gown, gloves, and a mask while visiting Kayla. As Kayla had been in isolation for several days, the staff was worried about her emotional and spiritual well-being and they thought it might be good for us to have a conversation.

Anyone who has done this kind of ministry knows that there is no way to anticipate what will happen when you go into the patient’s room. This visit was complicated by the isolation and the necessity of wearing a hospital mask. But what happened when I entered that room was beyond anything I could have imagined. Once I passed through the two doors into the sterile, impersonal space—even by hospital standards—I was confronted by a vibrant, open mother of two, around my age, who wanted nothing more than to be with her two “babies” again.

Had the days in isolation weighed on Kayla? Yes, but only because it meant that she had to be away from her children and she was worried about finances and her job. She showed me pictures of her children and talked about them and I was happy to listen. They were obviously the loves of her life. But Kayla was just as excited to show me her Bible and the journal in which she wrote her prayers and copied down scripture verses that had meaning for her. In those pages was the story of a woman who had worked through drug addiction and who had rediscovered sobriety—and peace—through the stories she read in the pages of her Bible and in her love for her children. She had been sober for quite a while and, much to my surprise, she wasn’t confounded by her medical condition or even by the fact that she was in isolation in a sterile hospital room.

For my part, I wanted to tear off the hospital mask, to be able to talk face-to-face, even if I didn’t know what to say to Kayla. This woman’s simple faith had—and was continuing to—transform her and it was beautiful to behold. As this Sunday’s First Reading from Wisdom reminds us, “God did not make death, / nor does he rejoice in the destruction of the living” (1:13). The faith Kayla demonstrated was the same faith shown by that nameless woman who touched Jesus’ cloak two millennia ago.

One amazing detail in our Gospel this Sunday is that the synagogue official and the woman “afflicted with hemorrhages” were both people of privilege. The official would have been a respected member of the community and the suffering woman was a woman of some means who could afford the care of physicians. But, as St. Mark helps us see, their status and wealth were not enough to ensure that the official’s daughter could be saved or the woman, herself, could be healed. Because of their desperation, both the official and the suffering woman risked their status and position and reached out to Jesus, hoping, trusting that he could give them what they needed most.

In many ways, their stories and Kayla’s intersect. At their lowest, when all their own resources and strategies were exhausted, they were laid bare and reached out, as so many of us have when see someone we love—or when we ourselves—suffer. But here we discover St. Mark’s lesson for us: Jesus is able to accomplish what we cannot, as he lifts up those who are laid low and offers that comfort, healing, and wholeness that only God can give us when we are most in need.

When have you experienced a sense of helplessness in your life? What or who helped you find the strength to pass through that difficult time?

When has the Lord invited you to “arise”?

The Book of Wisdom reminds us that God does not “rejoice in the destruction of the living.” How is God inviting you to nurture others, especially those on the margins or who have been forgotten by our society?

Words of Wisdom: “In each situation, Jesus’ holiness transforms the person’s uncleanness. The flow of blood is stopped. The woman is healed. The corpse comes back to life. The young girl gets out of bed. Jesus raises each person up to his level, making that individual worthy to be in the presence of God.”—Fr. Thomas Rosica, CSB

Read more:
Pope Francis: Christianity Is Not Sadomasochism in the Face of Suffering