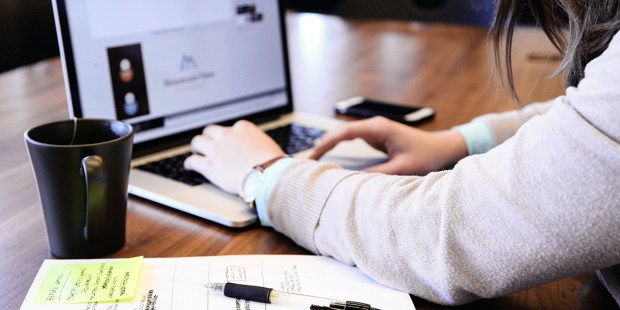 Being your own boss is challenging, but these women are shining examples of the benefits that come with entrepreneurship.

Who hasn’t dreamed of being an entrepreneur? There is something so appealing about the notion of building your own wings, opening them to the world, and taking flight. Not to mention being your own boss, making money, and never seeing the three walls of a cubicle again.

I asked women from a wide variety of fields to share some experiences and insights from their journey as entrepreneurs, from the moment of inspiration to the dark valleys of discouragement to the lessons learned after reaching their goals. Here are a few snippets from the many women who made the leap and learned to fly – not without bumps and bruises along the way.

Sonia Alvarado is a trained architect who started two businesses: a successful home cleaning business called Heaven Cleaning, and a residential architecture business. What started her on the path to business ownership was the economic recession and the need to provide for her family, especially her two sons.

Her decision came “after several years of struggle during the recession and having to work multiple jobs outside of my career path in order to provide an income and benefits” for her family. She decided to open her own architecture practice along with a residential cleaning service “as a way of having more than one basket of eggs.”

The beginnings were surprisingly hands-on. “I began walking around my subdivision and telling my neighbors about my businesses. The first cleanings were done with my own tools and products, so I had no major expenses and quite a few earnings before I had to start spending money.”

Her businesses have since flourished, and the end result is that she has “total control” over her own schedule, plus the satisfaction of knowing that her businesses provide stable jobs for her staff.

After 90-hour weeks and “unbelievable stress” … the gift

Another successful entrepreneur, Amy Zydel, started her printing company, Undercover Printer, after the market crash put a sudden end to her former job as a marketing director at a real estate firm. Her company was named Dulles Regional’s Small Business of the Year several years after she established it, but it cost plenty of blood, sweat, and tears to get there.

To start, the recession tightened up the market for printing products. “Starting a marketing products company right at the bottom of the market was a HUGE challenge, as marketing budgets were the first thing cut during those tough times and companies were not spending money on the print and promotions that I provided,” she said.

The challenge required all-in dedication. She worked 90 hours a week, went to “every networking event I could,” and did almost everything herself for the first two years. Poor advice from her CPA and the cost of the business led to a $150,000 debt and escalating credit card rates. “The stress was unbelievable,” she said.

At her worst moment, after bottoming out on her finances, several missed flights on a late-night flight home, and the prospect of coming back to an empty house with an empty refrigerator, she found an unexpected gift: her neighbors had stocked the fridge with milk and eggs; there was a fruit basket and a box of cereal on the counter; and in the freezer, a half-gallon of Edy’s Double Chocolate Fudge Brownie Ice Cream was waiting for her. Little did her neighbors know that she had been craving chocolate ice cream all the way home from the airport! She “immediately started bawling” and knew that with such good friends supporting her and believing in her, she had to make the business happen.

Now, a mother, Amy says it was all worth it, even those 90-hour weeks.

“So here I am, 11 years later, still amazed that I made it this far. I have created the life that I originally wanted for myself … I have an amazing staff and a very healthy company that is growing every day. I make my own schedule, working around my daughter’s life and making sure that I take time for me.”

Like Sonia and Amy, Margaret Schay grew into business ownership after a job loss. “I was an executive assistant for an editor at a Catholic website. One day he came into my office and said, ‘We will not be able to keep you on because of budget cuts, but if you want to sell ads for us you can do that on commission.'” The timing was providential for her, since she was expecting her first baby and was planning to work less anyway. But what she didn’t realize was that this side offer would become a full-time business that would support her entire family.

About a year and a half into Margaret’s online advertising career, her husband Mike also lost his job. The fledgling business had potential, so he decided to work with Margaret to build it up.

Margaret admits that their first year going all in was tough. They had two kids under the age of two, and they decided to move back in with her family to save money. During the second half of that year, their business income was about $15,000. “I remember us sitting on the back porch of my parents’ house in May 2013 and asking ourselves, ‘What have we done?’ It was really hard and we had to remind ourselves of why we had done it.”

The motivation was to build up a business that would allow them to live close to family in central Kentucky and that would maximize their time with their kids. But in the meantime, they were hardly sleeping; Mike was working a part-time job in addition to building up the business, and Margaret was balancing motherhood with work.

Their big break came in April 2014 when they closed a major contract. And from there, it gained traction and kept growing. They rode the wave until April 2018, when they sold the business at the height of its success. Since then, Margaret has started a new side project, the Two-Minute Mama blog, which teaches mothers how to communicate better with their children and also markets essential oils.

Being an entrepreneur changes you

One of the abiding lessons Margaret has learned is that being an entrepreneur takes the whole person. “I started to make a personal connection between my personal mindset and my ability to perform in the workplace. It taught me that every public victory is preceded by a private one, and that what we live on the inside is what affects our outside.”

She added, “The basis for outward success in my business was what was going on in my mind, heart, soul, and how I was living internally. It’s not just about skills and knowledge. I could have all that and achieve nothing if I’m mentally limiting myself and telling myself I can’t do this.”

Making that internal change made her a better entrepreneur, but it also enriched her personal and family life in unexpected ways. And that is the deeper story of how entrepreneurship can give us wings to fly. In the end, the blessing isn’t just about achieving financial security but about personal growth and realizing that the sky is the limit, if you are willing to aim for it.