Listen to first-hand accounts of lives in slavery 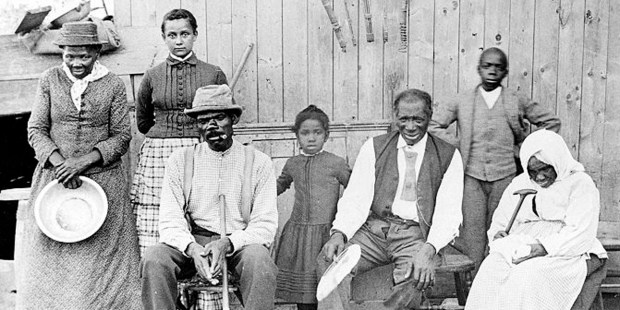 As the Civil War came to its conclusion and slavery was abolished, approximately four million men and women were released from their bonds. These people started from scratch and built new lives for themselves and their families, but unfortunately much of their history went undocumented.

Not all was lost, however, as the Library of Congress has salvaged recordings of interviews with 26 former slaves. These interviews offer invaluable insight into the lives and minds of these men who were once seen as little more than property. The descriptions of the purchasing of human lives are quite chilling, but when they spoke of their lives since then — their families, the joys they’ve found in freedom — we found ourselves awestruck by their perseverance.

The Library of Congress has 7 of the interviews on their website, available to listen to or read the transcripts.

Colored people didn’t have no beds when they was slaves. We always slept on the floor, pallet here, and a pallet there. Just like, uh, lot of, uh, wild people, we didn’t, we didn’t know nothing. Didn’t allow you to look at no book. And then there was some free born colored people, why they had a little education, but there was very few of them, where we was.

Isom Moseley was just a boy when abolition took effect. He spoke about how many of those who were freed did not know it until a year later and about how he was treated by the government since being freed:

“They give me clothes, something to eat, and giving me five dollars a month. They treating me all right. I don’t find a bit of fault on it. Yeah, I got, I don’t have to buy no clothes at all. Well I buy, they give me five dollars a month, I buy my uh, uh, flour. Well they give me some flour some time, and some sugar and coff …, coffee, I’m a coffee drinker, and tobacco. I have that to buy, but clothes, things I don’t buy that.”

Listen to all of the recordings here.