Take a virtual pilgrimage to the “Lourdes of Wales”

St. Winefride’s Well has been known for its healing waters since medieval times.

St. Winifrede’s Well, the oldest continually visited pilgrimage site in Great Britain, is known as the “Lourdes of Wales.” Still run by the Catholic Church, it continues to attract visitors drawn by tales of its miraculously healing waters.

To take a virtual tour of St. Winifrede’s Well in Holywell, launch the slideshow below: 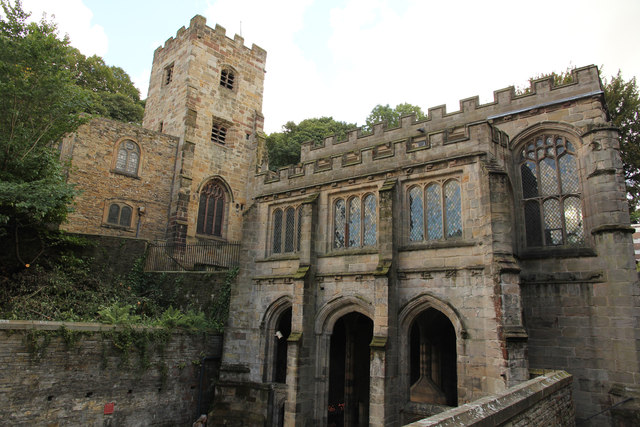 Legend has it that around the year 630 a young St. Winifrede, who had aspired to become a nun, spurned the advances of a certain Prince Caradoc. After she refused him, Winifrede fled toward the church built by her uncle, St. Beuno. In a rage, Caradadoc pursued her there, and proceeded to cut off her head.

“Her head rolled down the hill, an earthquake took place, the earth opened up and a stream of water burst forth. This is the site of the well today,” explained Lolita L’Aiguille, custodian of Winefride’s well to the BBC.

Her uncle Beuno, as the legend tells it, picked up Winefride’s head, put it back on her body, and prayed until she was brought back to life. While Winefrede went on to become a nun (she is frequently portrayed in sacred art with a gash in her neck), Caradoc was then swallowed up by the earth and never seen again. The spring at Holywell has been a pilgrimage site ever since, and was named a shrine in about 1138.

In around 1500 Margaret Beaufort, the mother of Henry VII, built and paid for the construction of St. Winefride’s Chapel, which encloses three sides of the well.

Today, about 36,000 pilgrims visit the site each year. In addition to the common wayfarer, royal pilgrims have frequented the well over the centuries (see timeline below).

The shrine, which is operated under the auspices of the Roman Catholic Diocese of Wrexham, is open every day except Christmas and Boxing Day, and pilgrims and visitors are invited to participate in the rite of bathing in the holy waters during appointed times.

Accommodations are available at a guesthouse operated by nuns from the Order of the Most Holy Saviour of St. Bridget.