Here’s what you gain when you get enough sleep 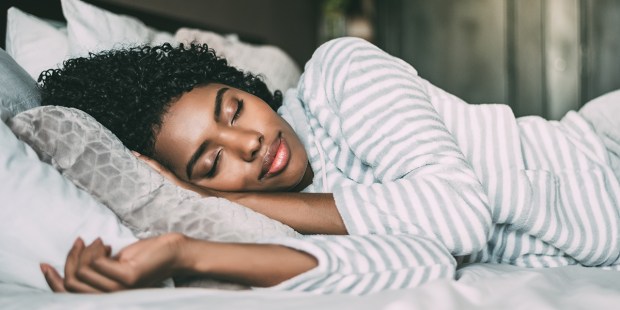 Your body does all sorts of repair and maintenance work while you sleep, so make sure you get your 8 hours!

I’m not gonna lie, I don’t sleep enough at night. This wasn’t always the case — I used to be one of those hard-core sleepers who basically couldn’t function on less than eight hours. Seven was acceptable, but six or less left me feeling like a zombie and acting like a very, very grumpy cat.

Then life happened to me. First it was a fourth baby who hated sleep, and I mean hated it. I learned to function on four hours of sleep, and pretty soon four hours of sleep felt normal. Sure, I was constantly tired and falling asleep anytime I sat down, but I wasn’t biting everyone’s heads off and insisting that I had to go to bed at 5 p.m.

I recovered a little with a sleep-loving fifth baby, but that baby is now 2 and I have to get up at 4 a.m. three days a week for work. Four in the morning is early, y’all. To get my eight hours I’d have to go bed before the sun goes down — even worse, I’d have to go to bed before my kids. And let me tell you how much that is not happening.

Unfortunately, the effects of sleeping too little are starting to creep up on me. Before, my head used to ache and I used to feel tired. My head doesn’t really ache anymore and I don’t feel tired because tired is my new normal, but my eyes have started to get dry and fuzzy, like they do during the height of ragweed season. And if you don’t know, it’s not yet ragweed season.

Turns out there’s a reason that I’m feeling that lack of sleep in my eyes — the highly scientific Ranker informs me that my eyes have this process they go through at night to keep themselves moist and get rid of any troublesome dust or dirt.

The average person’s eyes have three layers over the surface of the eye, which include a mucus membrane, water based lubrication, and a layer over the other two called meibum. This layer is made up of oils and sebum, which is a fatty waxy substance that can lubricate and waterproof surfaces. At night, the meibum layer and the water layer mix gently together to keep the eye moist, and get rid of things that upset it, like dust and dirt. To do this, the meibum cools during the night and becomes thick, white, and gunky. This leads to a crust at the corner of the eye as that meibum is moved to the edges, made up of excess mucus, oil, and dust. By the time we wake up, it’s usually dry and powdery.

And that’s not all I’m missing out on when I skip sleep. My brain also does it’s most powerful waste-removal while I sleep, clearing out toxic by-products that could cause health problems and impact my memory (which explains so much).

My immune system also goes into overdrive during sleep, ramping up the production of proteins called tumor necrosis factor (a wicked awesome name that’s often shortened to the disappointing acronym TNF). These proteins pull the dual job of eliminating potential threats — yes, like tumors — and making us sleepy enough to keep us turned off while they do their job.

Short-changing my immune system by skipping sleep definitely explains the constant cold/sore throat I’ve had for the past month, and obviously my dry eyes are a direct result of the same. I’m sure I’m forgetting more stuff than usual too… at least I think I am. But who knows for sure? It’s hard to remember what I’ve forgotten on four hours of sleep.

Time to face the facts and climb into bed as soon as possible, y’all–perhaps not while the children are still awake, but I think I’ll start going to bed when they do. More sleep sounds pretty wonderful, no matter what my body does while I’m sleeping.

Read more:
3 New findings that could change the way you sleep