Nicaragua: 20 children have been killed 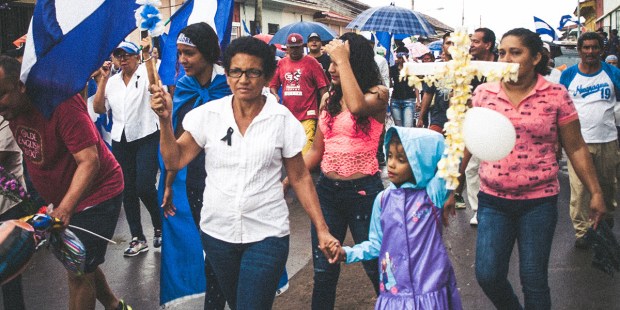 The crisis of violence and repression that began on April 18 in Nicaragua has already claimed the lives of at least twenty children, and almost 300 people have been killed throughout the country.

The latest terrifying news (it seems that it is the daily report from this Central American country), which happened during the Mother’s Day March, was a repeat of what happened in the March of Flowers.

On that occasion, mothers marched to show solidarity with other mothers – those of the young men killed on May 30 by the forces loyal to the regime of Daniel Ortega. And it ended in a massacre that caused the Catholic Church to assume the role as mediator in the conflict.

At the March of Flowers, held on June 30, a month after the Mothers’ Day March,  to protest and show the world that children and young people are being murdered in Nicaragua, the paramilitaries murdered – during the demonstrations – one person and injured nine more.

The next day, on Sunday, July 1, while Pope Francis remembered Nicaragua at the Angelus, seven more people were murdered and many others were wounded.

According to Aleteia, the cardinal and archbishop of Nicaragua, Leopoldo Brenes, met with Pope Francis this past weekend in the Vatican. In statements to the press, Brenes has said that Francis is “worried” about the “painful” crisis in Nicaragua.

“He has shown closeness to us and has asked that he will always be on the lookout and that we are always close to him, especially in his prayers,” said the Nicaraguan cardinal. And in fact, Francis wanted to join the efforts being made by the bishops of this country “and so many people of good will, in their role as mediators and witnesses for the ongoing national dialogue process on the road to democracy.”

The Church has resumed its role of mediation and insists that a necessary condition to avoid more bloodshed is that President Ortega respond to the concrete request of the bishops for an advance of elections for March 2019 and the appointment of new electoral judges and the Supreme Court of Justice.

And, also, that it abides by the demand – increasingly made by the international community – that the violent repressions cease, and that they they stop massacring Nicaraguan children and young students in particular.

Cardinal Brenes said that since April 18, armed men shoot civilians who walk “through the streets without any weapon or someone behind a barricade, perhaps with a mortar, then this is much more difficult than a war.”

“We have seen it in the two wars that we had where more than 50,000 people died, but there were armed people, an armed group against another armed group, but not in this case,” he said, reiterating that the Church will insist on the a national dialogue .

The big question is whether the so-called “presidential couple” of Nicaragua, Ortega and his wife Rosario Murillo, will hear the international outcry, popular clamor and the very words of Pope Francis.