The American tour of the Sistine Chapel Choir canceled 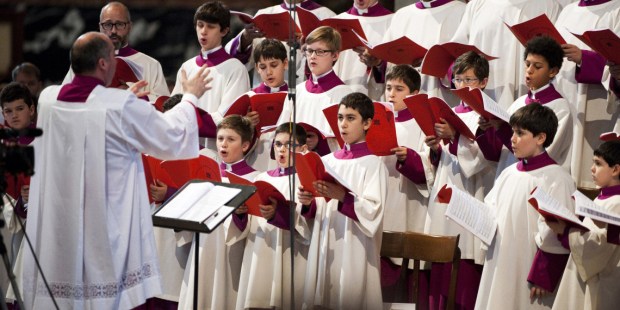 CPP I CIRCUS
The Papal Sistine Chapel Choir is the oldest active choir in the world. Among the pieces written specifically for this choir, the most famous is the Miserere by Gregorio Allegri.
Share
Print
I.Media for Aleteia - published on 07/03/18

Accusations of economic mismanagement are being investigated

The dates of a tour of the Sistine Chapel Choir in the United States from July 3 to 23, 2018, have been canceled. The cause: economic mismanagement that is said to have triggered an internal investigation in the Vatican, according to the Italian news outlet Il Fatto Quotidiano on July 3.

Based in Vatican City, the Pontifical Sistine Chapel Choir includes about 20 adult singers — counter-tenors, tenors, baritones and basses — as well as about 30 young boys. Although it was founded in 1471, its roots are much older and go back to the permanent Schola Cantorum instituted by Pope Saint Gregory the Great (590-604).

This choir, the oldest in the world, had concerts scheduled for eight dates in the United States, at cities including New York, Miami, Chicago and Los Angeles. However, all the dates have been canceled, without further explanation.

According to Il Fatto Quotidiano, the choir has fallen victim to a financial scandal due to poor economic management by its director, Micheangelo Nardella. The latter was suspended by the Vatican while an investigation is under way, under the leadership of Bishop Mario Giordana, retired Apostolic Nuncio.