Why ‘The Hobbit’ is not just for kids 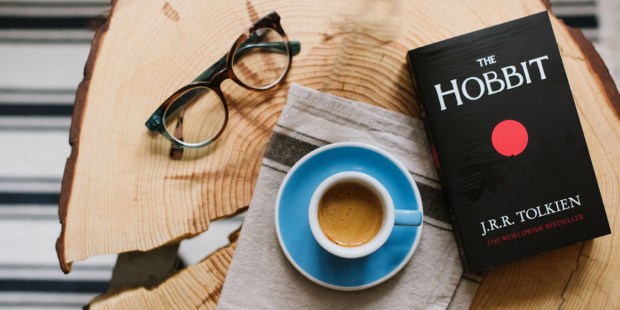 I have a confession to make.

I am just finishing The Hobbit for the first time. And I am almost 45.

Okay, okay. So it’s not scandalous. But to those who consider themselves well-read Catholics, not having read The Hobbit and its three-volume sequel, The Lord of the Rings, is considered perplexing if not irresponsible. After all, they are essential works of the moral imagination.

For years, I have been told how good these books are. In them, tales unfold of an extraordinary quest of unlikely heroes, unimaginable creatures and unexpected twists. Ice-capped mountains and lush valleys, barren hillsides and forbidding forests serve as terrain for a motley crew of unlikely allies who strive and suffer together towards an end much larger than themselves.

And so, earlier this year, my 10-year-old daughter and I decided to embark on reading The Hobbit together nightly as she went to bed.

And it has been extraordinary.

As we walked each night with the diminutive Bilbo Baggins from his cozy home in the Shire to the perilous wide world of Middle Earth, we encountered elves and wizards, trolls and goblins, spiders and orcs. We sensed the constant thrill of the adventure ahead mixed (paradoxically) with the forlorn homesickness for what was left behind. Again and again, we agreed with Bilbo’s skepticism about himself. He is a nimble thief? He is an indispensable member of group of dwarves trekking to reclaim a mountain and its treasure from a hell-spewing dragon? He is a hero? Right. But then, time and again, Bilbo proved he was just a little bit smarter, just a touch braver, just a smidge better than either my daughter or I expected. The little hobbit was growing. And we were growing with him.

But there were no small number of times that I wondered what the devil this hobbit thought he was doing. He had a comfortable home and an easy-going life. His books were well-ordered and his larder was full. His fire was toasty and his room warmly-lit. Why leave it all? Why walk away from the known and predictable for the wild and uncertain? Night after night, just walking with Bilbo into the greater unknown made me pull the comforter a bit tighter and snuggle a bit closer to my daughter.

But, after all, that is what these tales are all about. They remind us of our smallness, but our potential for greatness. They illustrate the peril of living dangerously, but also the risk of not living at all. They re-acquaint us with eternal verities (often considered outmoded) such as duty, loyalty and honor as well as the bright line (forever at risk of being blurred) separating right from wrong and good from evil. They instill in us a devotion to each other and a greater reason for being beyond our own selfish appetites. And they do this all in the form of a parable.

“I tell a story because a statement would be inadequate.”

Quite right. In a world deaf to platitudes, J.R.R. Tolkien decided to shout with hideous orcs, an incinerating dragon and an intoxicating ring. But the tale isn’t a tale for the sake of telling a tale. Allegories are allegories for a reason. They speak to sins and virtues, temptations succumbed to and temptations resisted, damnation averted and grace received. As G.K. Chesterton once noted,

We must remember: The dragon can be killed. The ring can be destroyed. You can endure suffering. You can return home.

At the back of our brains, so to speak, there was a forgotten blaze or burst of astonishment at our own existence … The object of the artistic and spiritual life was to dig for this submerged sunrise or wonder; so that a man sitting in a chair might suddenly understand that he was actually alive, and be happy.

As I was lying there reading The Hobbit to my 10-year-old daughter, I smiled and once again understood.

And I am happy.