The 10 most American movie roles played by “America’s Dad” 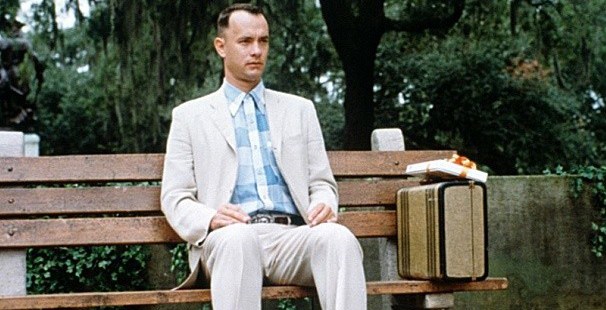 Tom Hanks has been called America’s Dad, and the moniker fits — as much for the America part as for the Dad part. Yes, he feels warm and relatable in whatever project he takes on, often giving his characters a deep sense of integrity, which you’d hope for in any father. But Hanks is a well-known American history buff, too, and many of his roles embody a rich understanding of the country. The people he plays are more than people, in a sense. Each speaks for, and to, a bit of America itself. Here’s a look at some of Hanks’ best — and most American — roles through the years.

“There’s no crying in baseball!” manager Jimmy Dugan famously tells his all-female team of players. But had it not been for the real all-women’s league that sprang up during World War II, many fans of baseball—the most American of sports—would’ve been weeping. This surprisingly affecting, heartfelt comedy shows that Hanks was much more than just a cinematic comic, and A League of Their Own marked one of his first ventures into historically themed movies.