Over the centuries, the bridal dress often adapted to reflect religious, social and political reforms of the time, leading to some stunning designs.

It’s not just the institution of marriage that has evolved over time, but the wedding dress as well. While it’s no secret that a dress can turn a bride into a princess for a day — and cost a small fortune — what a woman wears as she prepares to exchange lifelong vows has not always held such importance.

For many centuries, a bride didn’t wear a specific dress for the day of the ceremony. Long before the white dress was popular, a woman simply chose the prettiest colored dress from her wardrobe. Whether she came from a poor family or an aristocratic family, the rule was to dress in one’s most beautiful finery on the big day, without any particular restrictions. The style of the dress demonstrated rank and the resources of the bride’s family.

In certain countries, the bride often wore a regional costume — a tradition also established for Sunday Mass. The appearance of a special outfit dedicated for the marriage ceremony came from the Church during the Renaissance. It was during the Council of Trent (1542) that the Church issued new decrees for the marriage which made it obligatory to: publish the bans, have a priest present, and include other witnesses. The Church also asked that “a becoming dress” be worn for the occasion. Paintings of the time showed that brides from aristocratic families in the West started donning white dresses.

White, the symbol of purity

Over the following centuries, the bride’s dress began to have more color. Black was especially popular among the more modest families as it allowed the bride to wear the dress many times. To see a white dress on a bride, we have to wait until the 19th century, where the appearance of white was linked to the separation of the Church and the State, distinguishing a civil marriage from a religious marriage. With secularization, the bride’s white dress became the symbol of virginity and purity.

The wedding dress often reflects the aesthetic preferences of the time. This can be seen dramatically in France — a country that has dictated fashion for centuries — during the 18th century. The cut of the dress evolved radically over the decades: from the hooped dresses of the early 18th century, to the more simple empire line dresses that appeared later in the century, during the time of Napoleon. This was then followed in the early 19th century by the romantic trend, with its shapes structured by crinoline and bustles during the Restoration period.

Moving on to the 20th century, we notice how brides adapted their dresses to the needs of the moment. During the First World War, women married in low-waisted dresses with shortened hems. In the Roaring Twenties, brides wore frivolous accessories reflecting the playful mood of the day. And after the shortage of fabric in the Second World War, dressmakers — such as Christian Dior — returned to designing longer lengths in the 1950s. This was most certainly the golden age of the wedding dress: full and flared, right down to the feet.

High-end fashion designers grabbed the opportunity and delighted in letting their imagination run wild. And it wasn’t by chance that their fashion shows finished with a wedding dress: it is the consecration of a successful union between the fashion world and the celebration of marriage.

Discover some beautiful wedding dresses throughout the centuries: 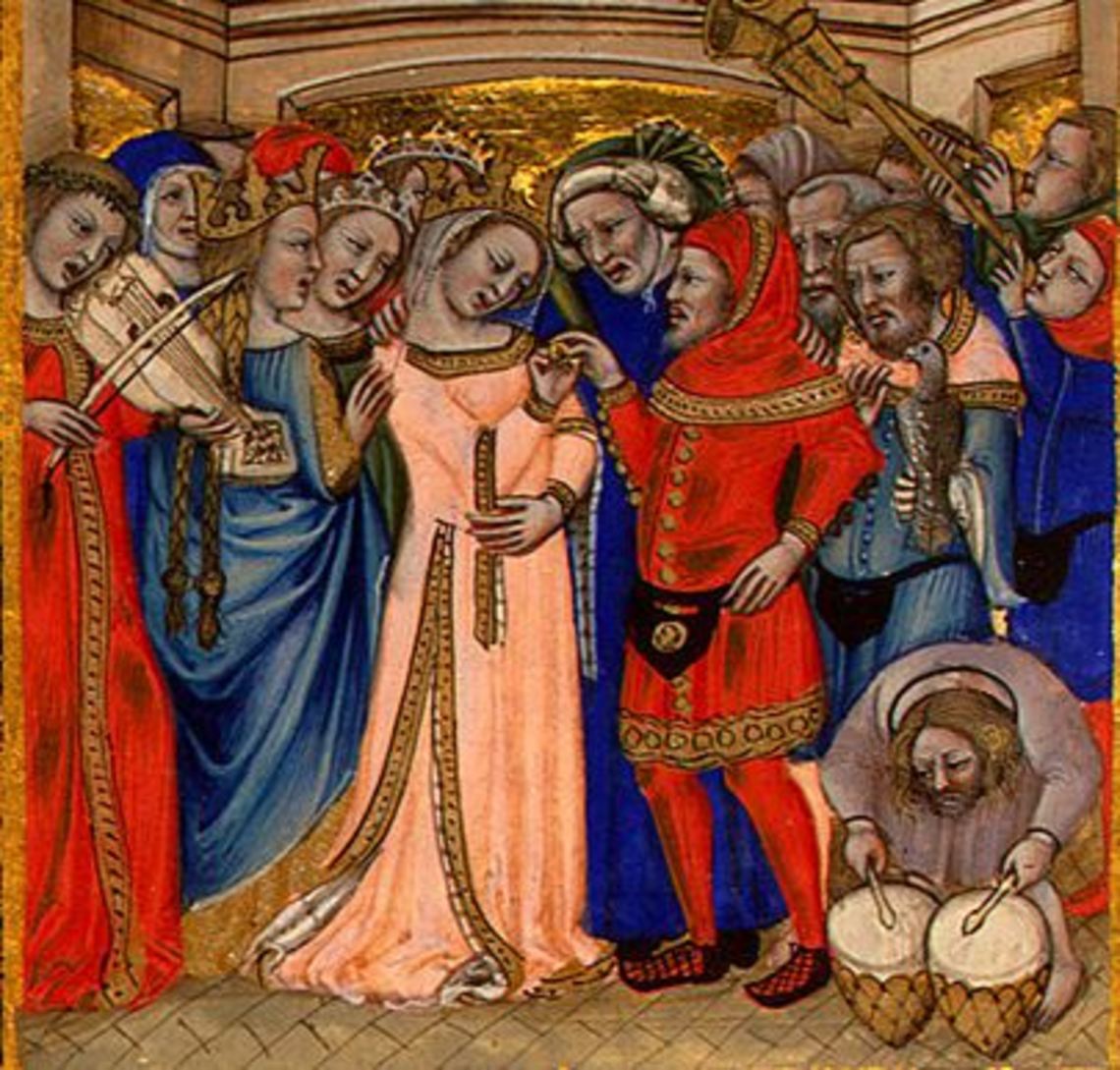 Read more:
A look at the history of royal wedding gowns (VIDEO)