At least 34 killed as overloaded ferry sinks in Indonesia 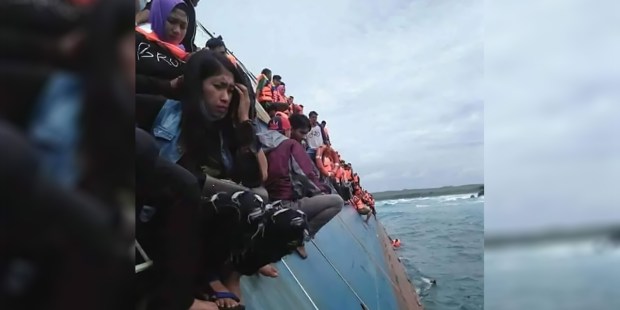 At least 34 people have been confirmed dead in a ferry sinking off the coast of Indonesia’s South Sulawesi province, CNN reported.

The ferry, the KM Lestari Maju, was carrying 189 passengers, more than its capacity, as well as cars, buses and trucks. It was sailing through rough seas not far from the coast of Bulukumba regency, when it developed a leak on its port side.

As the vessel began taking on water, the captain steered it toward the nearby Selayar Island, deliberately crashing it in the shallows to save as many lives as possible, according to Sutopo Purwo Nugroho, spokesman for Indonesia’s disaster management agency.

Bad weather prevented large boats from approaching the wreck. Some passengers were trapped on the ship overnight. But local fishing vessels and other smaller boats helped rescue passenger. Authorities said 155 people had managed to swim or be pulled to safety.